Ben Hamburger is a painter, community artist, and educator born and raised outside of Washington DC. Working within the convergence of visual art, activism, and social engagement, Hamburger creates artwork, facilitates workshops, and collaborates with diverse communities around the world. His work is driven by his belief in the universality of art and its potential to find meaning in complex situations.
Hamburger holds a Bachelor’s Degree in Visual Arts from Eckerd College in St. Petersburg, FL and a Master of Fine Arts Degree in Community Arts from Maryland Institute College of Art (MICA). During his undergraduate tenure, he studied art history and oil painting at The Umbra Institute in Perugia, Italy. In 2011, Hamburger moved to Asia where he pursued painting and teaching in diverse settings in Thailand and underrepresented tribal regions in Northern India. After returning to the States, Hamburger resettled in New Orleans, Louisiana where he was immediately inspired by the vibrancy of the city. While in New Orleans, he taught in an array of schools, art centers, and cultural institutions. He is currently represented by several galleries in the city and his artwork was selected and purchased for the permanent collection of the City of New Orleans.
In 2014, Hamburger painted murals and lead visual art workshops at a shelter for victims of sexual abuse trauma in Cochabamba, Bolivia as artist in residence with non-profit organization, Sustainable Bolivia. In 2016, Hamburger served as the Community Arts Facilitator for Baltimore City College Refugee Youth Project where he developed curriculum, led classes, and organized exhibitions for several groups of refugee youth in the Baltimore Area.
Hamburger has been the recipient of several grants and fellowships and is a funded member of Alternate ROOTS, an arts and activism organization in the Southern United States. Hamburger has exhibited his artwork in group and solo exhibitions nationally and internationally. His work has been featured in The Tampa Bay Times, The Baltimore Sun, public radio station, WYPR, Baltimore Style, Voice of America, and The Smithsonian’s What it Means to be American online publication. Hamburger currently lives and works in Carrboro, NC. 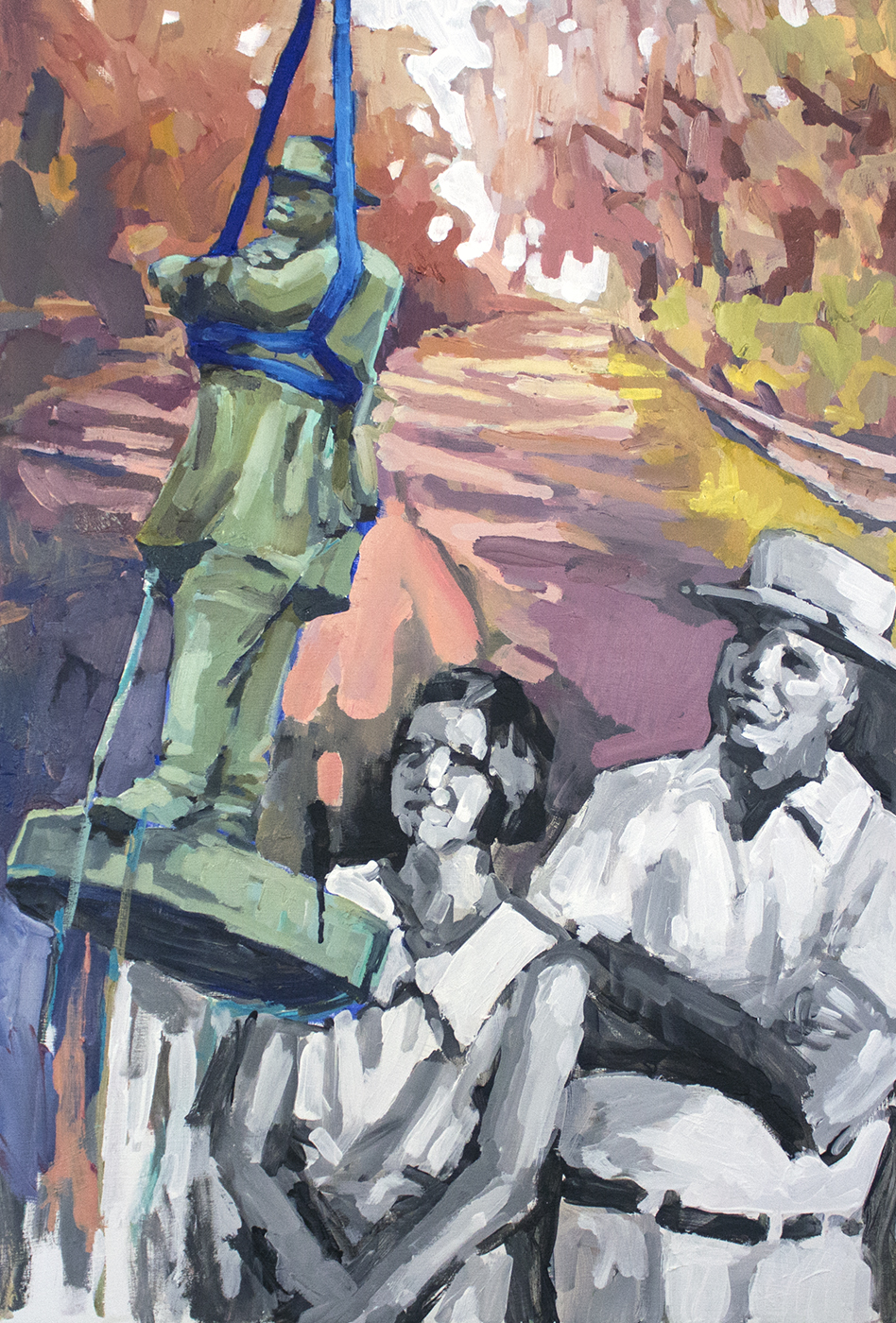 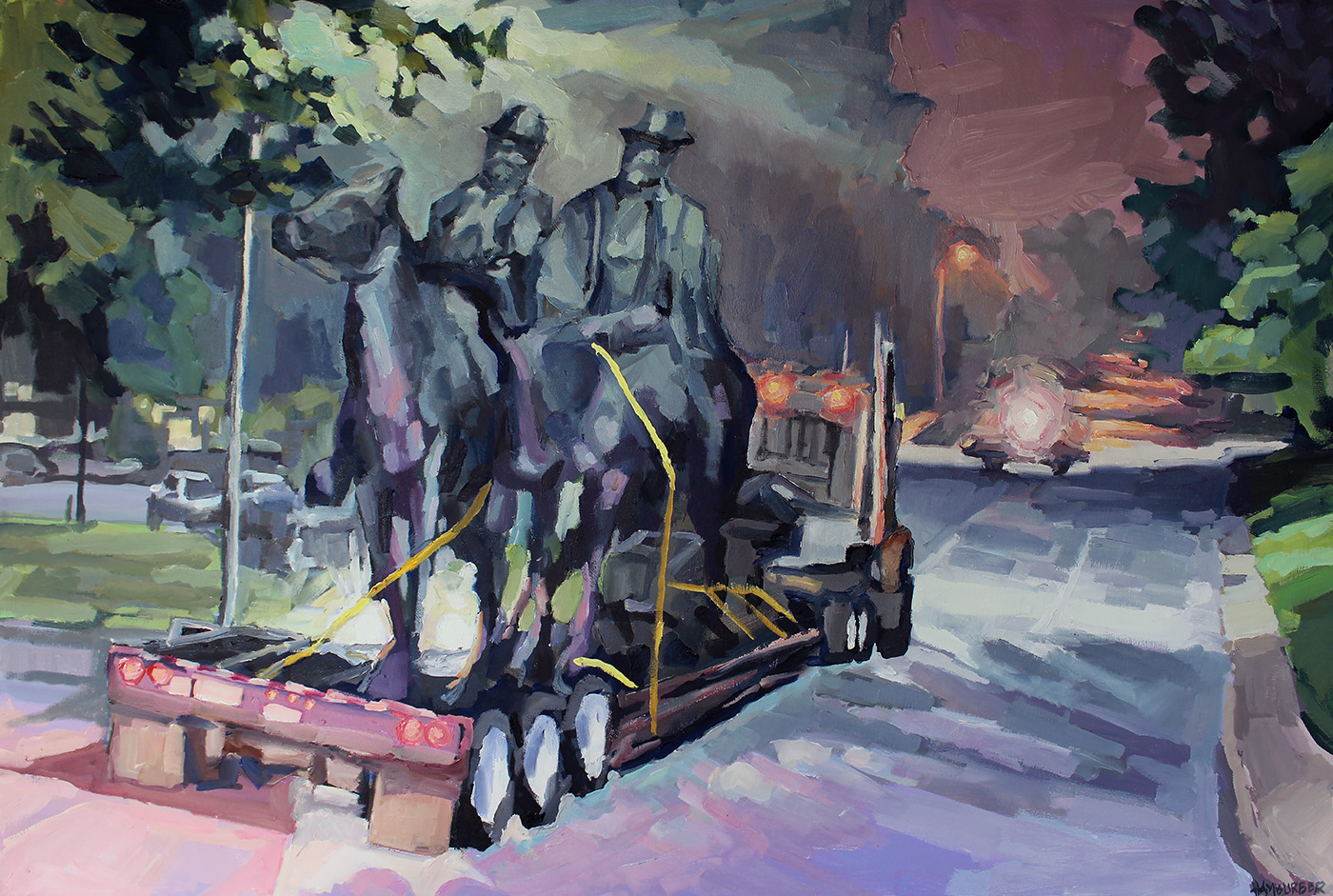 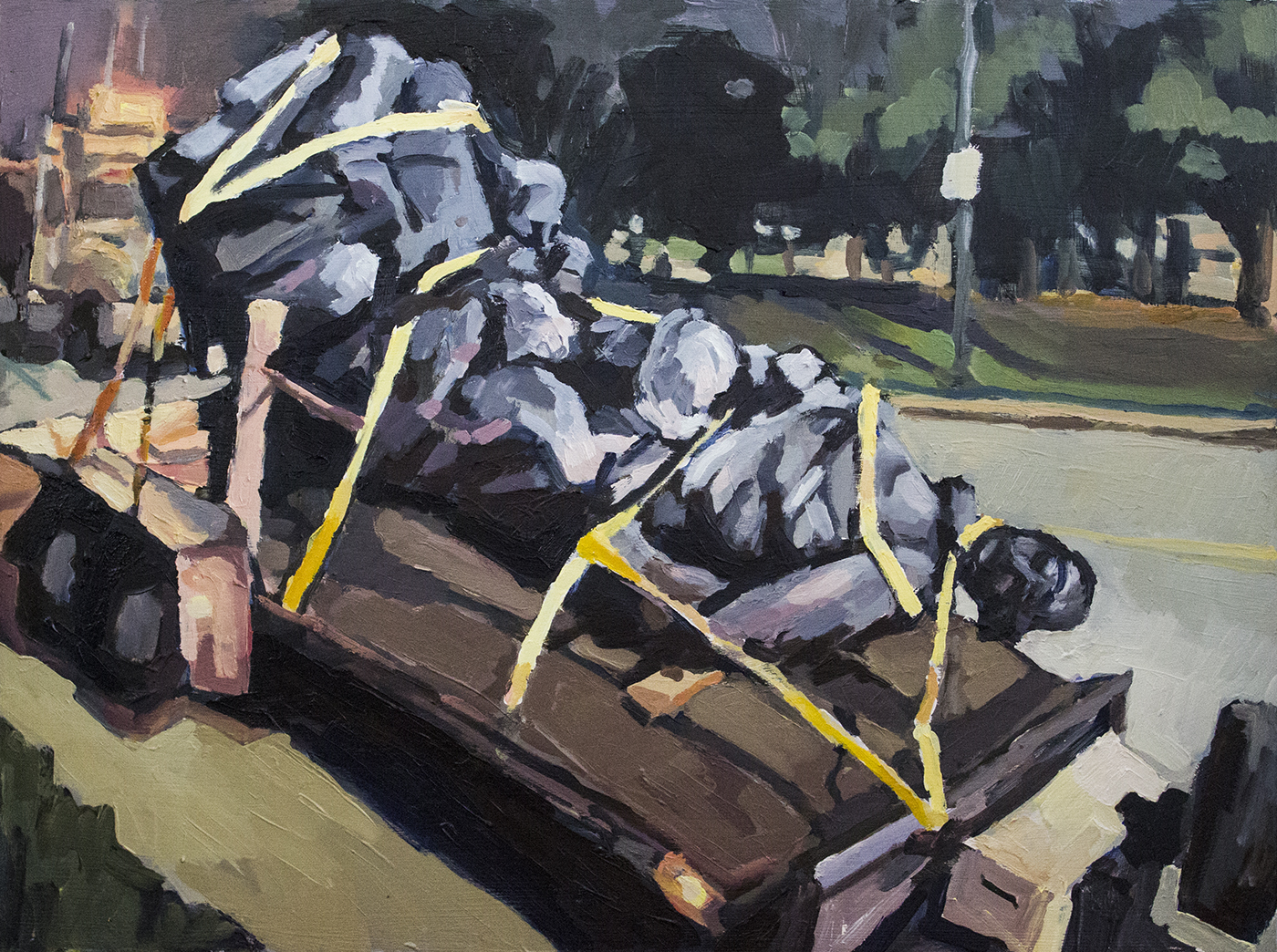 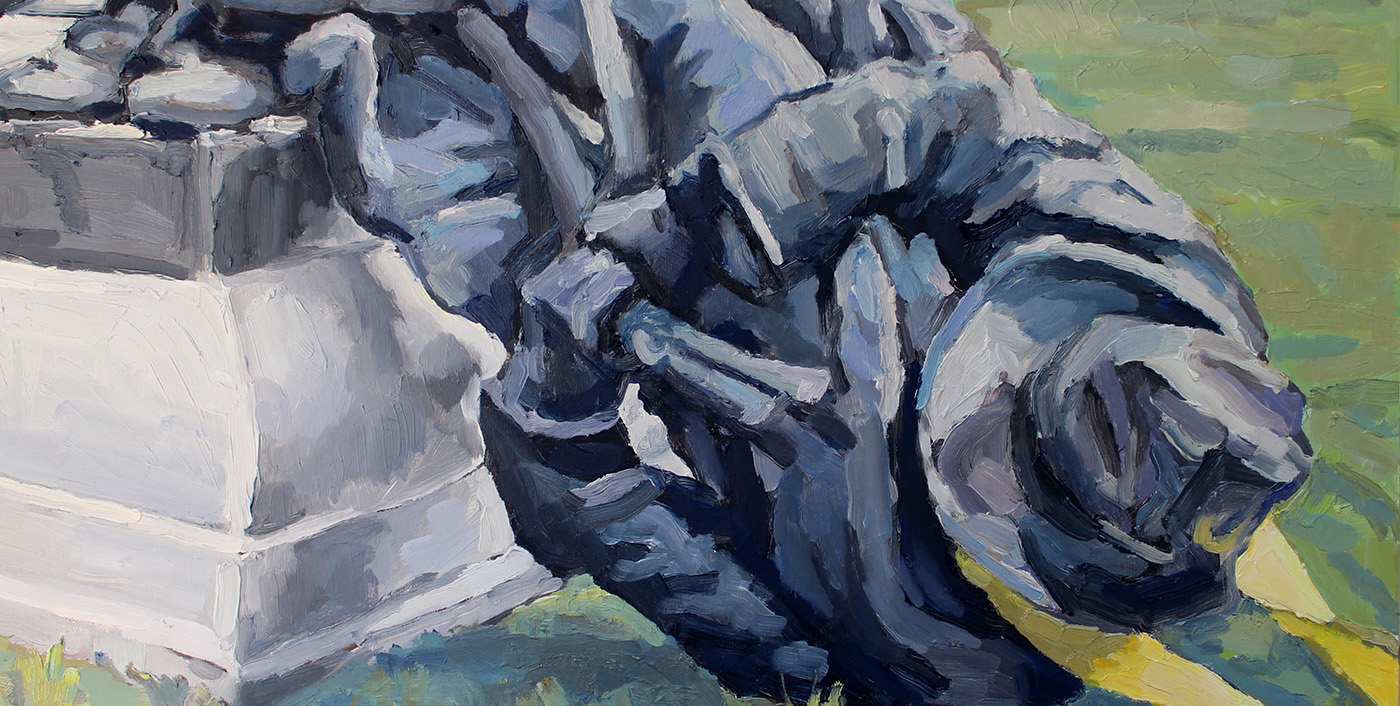 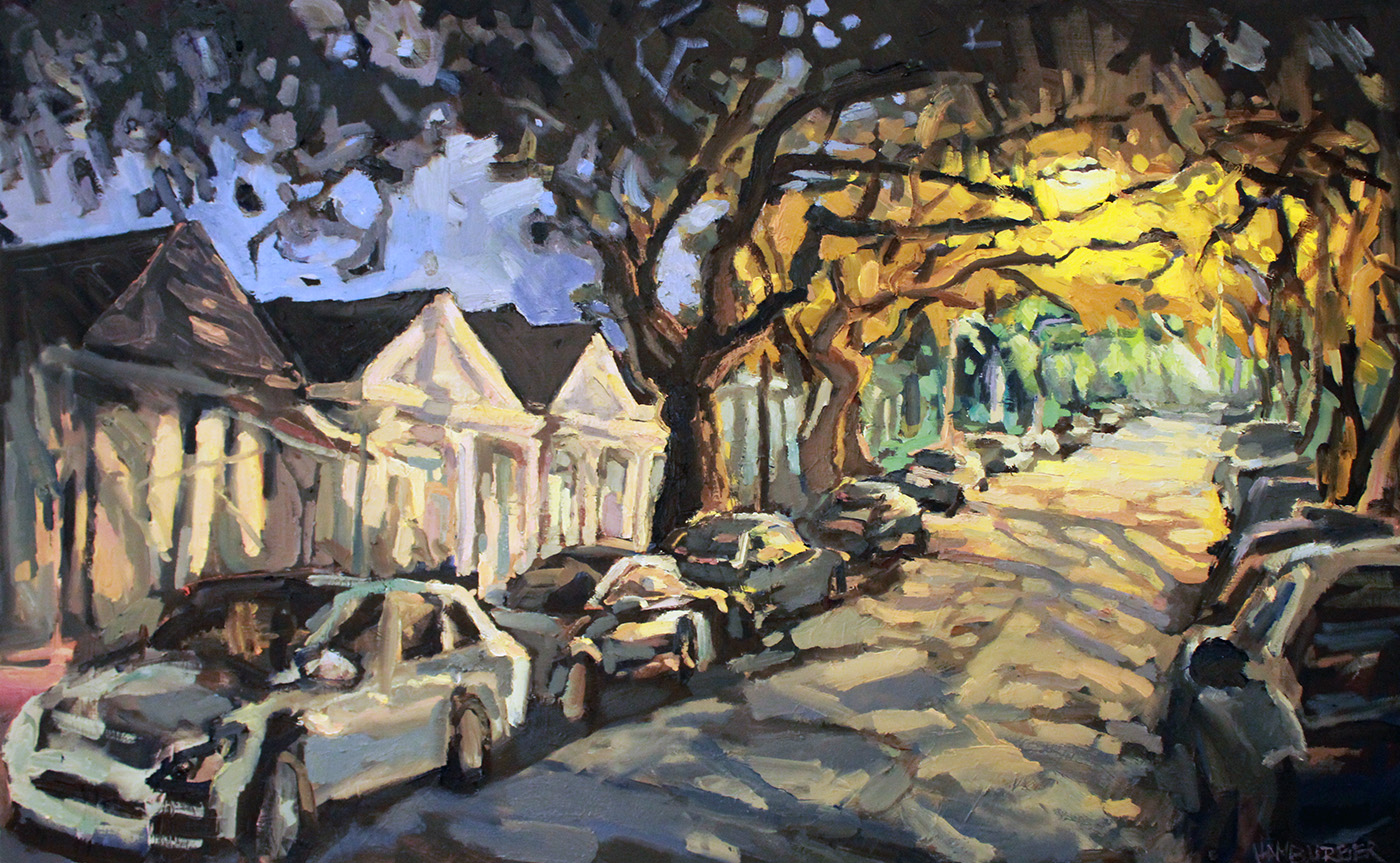 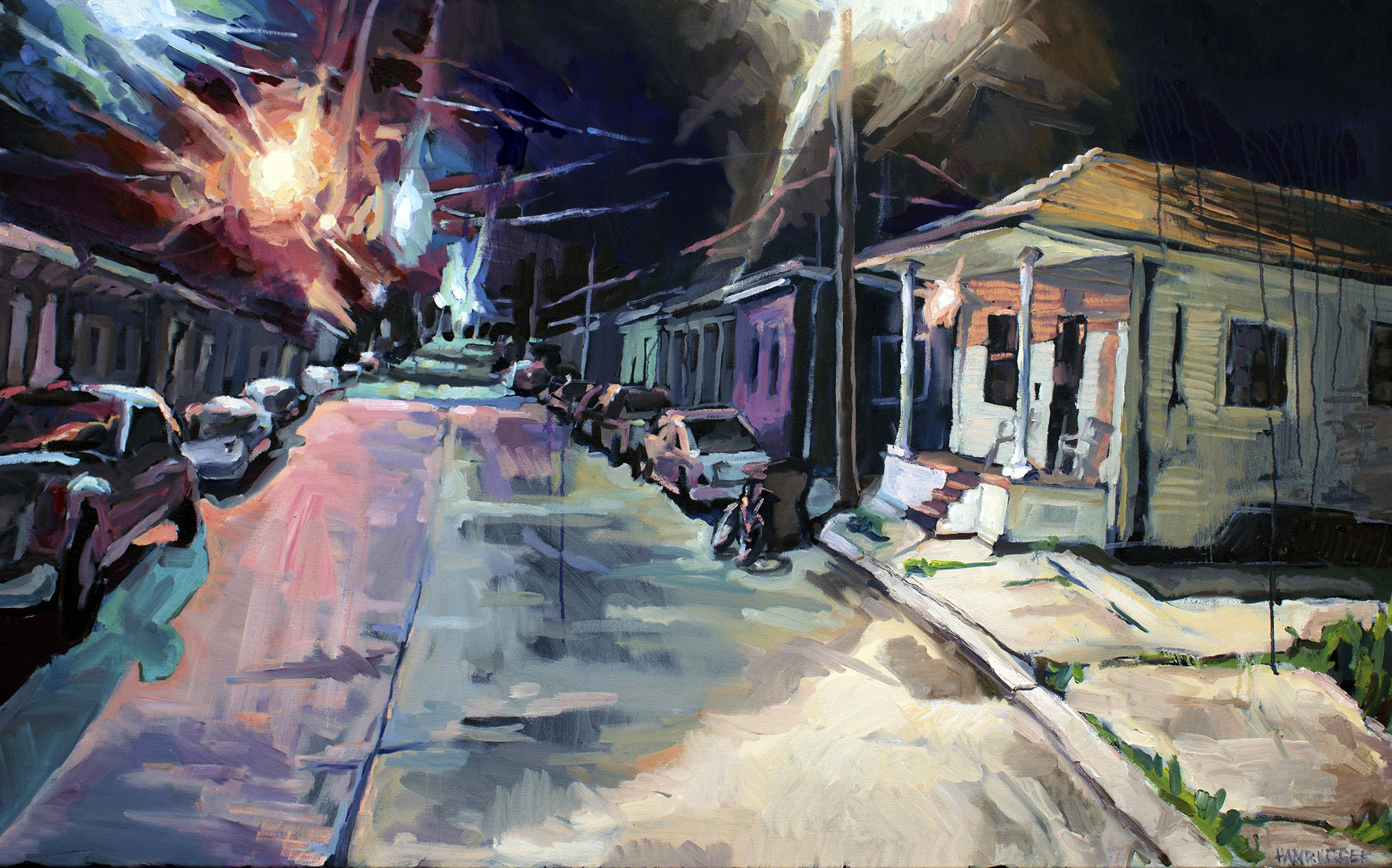 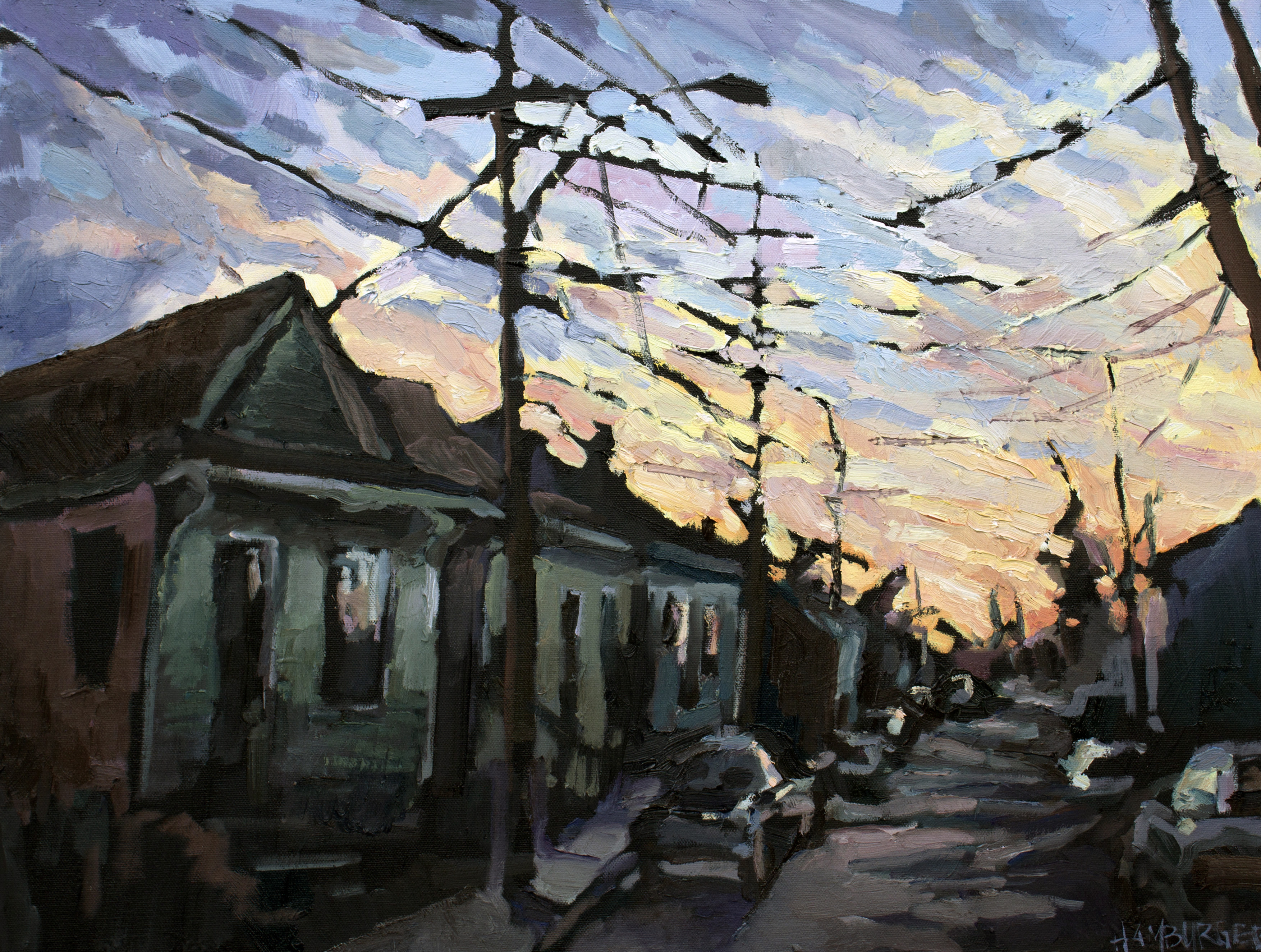