Miami based artist David Zalben was born in Brooklyn, New York, where after the age of 4 moved from city to city often, including having lived a few years in Brazil.

David was always infatuated with photography-by the age of 9 he took pictures constantly, eventually working with school newspapers and winning awards at a young age. He began working in advertising photography where he established himself by engineering new approaches and innovative techniques such as the ‘selective focus’ technique. After working as a photographer, he went through a period of transformation and started to paint, which later included bending wire into sculpture and writing poetry.

“The desire to paint was influenced by Matisse, but Freud and Iturria are most influential. I need both mediums to keep my balance. I’m fascinated with complicated simplicity, and unlike the paintings, wire allows me more freedom to invent. My process is an emotional one, for I make only works that are influenced by my lifestyle, as I am acutely engaged with my surroundings. The goal is to create unexpected sculptures that are transcendental, which resonate a voice beyond the aesthetic by combining a sense of nostalgia, innocence or humor in the work. I want my art to emphasize both skill and vision, stopping short of giving too much information, allowing others the space to imagine.

Similar to the sculpture, I transform verse into a visual art form that is sculptural and tells a story of everyday life - of love, of hate and spiritual growth. And I prefer to use wordage that is clear yet complex, direct yet whimsical, and generally keep away from a specific gender or person, so the reader can project themselves into the story". 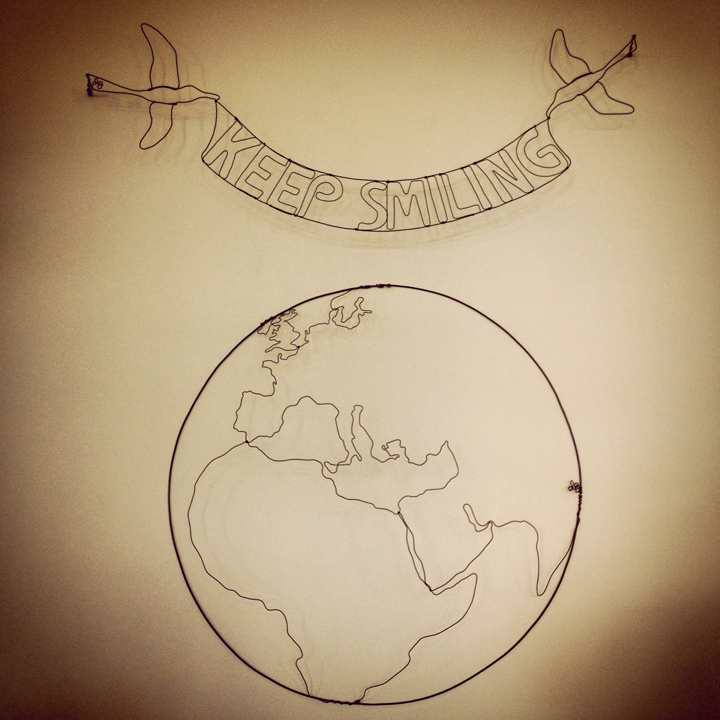 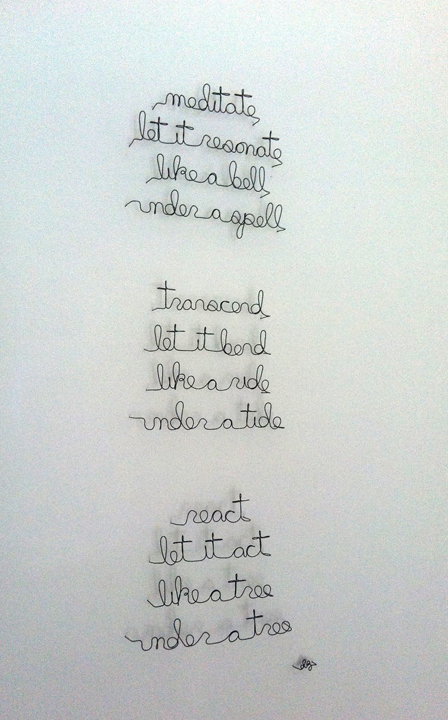 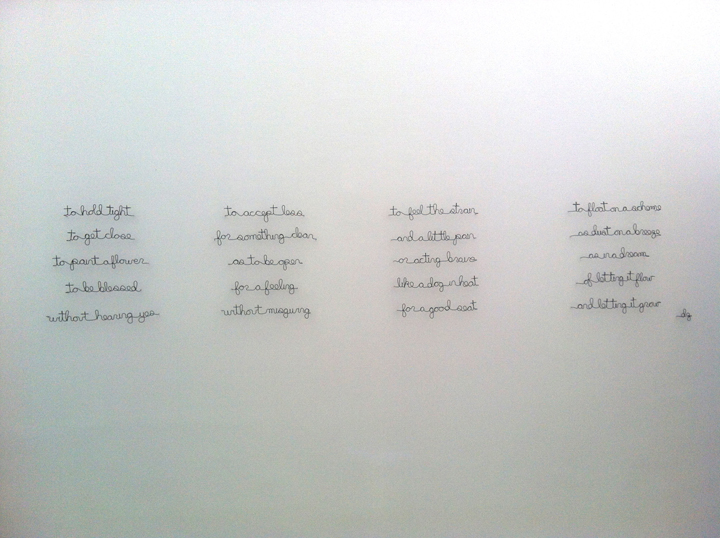