Currently Patricia Walker works with Creative Force Artists, a group of musicians, sculptors and painters that use the performance art format to bring the experience of making art to the Savannah community. Their most recent performances have been at a community gallery, the SPACE Gallery and the Jepson Center for the Arts connected to the Telfair Museum. Ms. Walker is also currently busy in her studio making new works of art based on nature forms she finds visiting barrier islands on the Georgia coast and actively exhibits both in galleries and in juried group and one person exhibitions. While walking on the Isle of Hope, a barrier isle where she lives in Savannah, she found that looking at the verdant nature forms around her brought a sense of peace and healing. This began her love for depicting imagery based on these forms. Her images don’t try to recreate nature, rather she works to frame an abstracted glimpse of the atmosphere found when walking in maritime forest and marsh found on the Georgia coast. In 2003 Ms. Walker spent a month developing compositions for these abstracted images as a fellow in the Artist Residency program at the Vermont Studio Center where she worked with Willie Heeks, Gregory Amenoff, and Jackie Brookner. Her current Barrier Island Series has grown out of those Studio Center drawings and is made up of pastel, gouache and charcoal drawings and oil paintings that abstracts the rich life forms found on the barrier islands along the Georgia coast. In 2007 the Georgia Department of Natural Resources awarded Ms. Walker an Artist Residency that allowed her to live and work on Sapelo Island, off the Georgia coast, studying the natural forms found there for abstraction into her new work. Since August 2008 she has returned three times to Ossabaw Island to work. One of the images from her current series, The Lightening Strike, won Honorable Mention in an international competition and was printed in the April, 2007, annual competition issue of the Pastel Journal. Ms. Walker’s art has been profiled in Art Connections: 1st Edition, and Art Connections: First Level, art education texts by Rosalind Ragans. Patricia Walker received her BFA degree in Painting from the Rhode Island School of Design and her MFA in Painting from Cornell University. 1977 though 1979 she spent summers studying mixing color using oil paint with Henry Hensche at the Cape School of Art in Provincetown, Massachusetts, a program started by Charles Hawthorne at the turn of the last century. Ms. Walker has had numerous one-person and group exhibitions throughout the United States including the Shades of Pastel exhibit at the Charles Sumner Museum in Washington, DC; the 22nd National in New Orleans Poydras Plaza; Drawing From Life- The Human Form at Juniper Gallery in Napa, California; The Third Annual Figure Competition at the Mendocino Art Center, California; Northern National Art Competition, the Northern Arts Council in Wisconsin; the September Competition at the Alexandra Museum of Art in Louisiana; the Fishbone Gallery in Atlanta; the Herbert F. Johnson Museum on the Cornell University campus in Ithaca, NY; the Gertrude Herbert Institute of Art Annual Exhibit in Augusta, Georgia; the Erotica exhibit at Mendelssohn Gallery in Pittsburgh, Pa. In 2002, Ms Walker exhibited her drawing, Bayeux Centre, and in 2003 her drawing Notre Dame Cathedral de Bayeux at the Musee Tapisserie de Bayeux, as part of teaching painting and drawing courses to Georgia college students with the State University of West Georgia Summer Art Program in Bayeux, France. Her numerous one person exhibitions in university galleries across the nation including Goldwin Smith Gallery and the Tjaden Gallery at Cornell University; Hamilton Gallery at Elmira College; Woods Gerry Gallery and the Carr House Gallery at Rhode Island School of Design; the Art Institute of Pittsburgh Gallery and Chatham College Gallery in Pittsburgh, Pa; Indiana University’s Kipp Gallery; Anderson Gallery at Virginia Commonwealth University; and the Syracuse Stage Gallery at Syracuse University. Currently Ms. Walker is professor of Painting and Drawing at Georgia Southern University in the Betty Foy Sanders Department of Art and a College of Graduate Studies faculty member. In 2003 Georgia Southern awarded Ms. Walker a Research Grant, she has been the recipient of New York State Council for the Creative and Performing Arts Grant; a Cornell University Graduate Research Grant; Cornell University Full Tuition Award and Rhode Island School of Design Tuition Scholarship. Currently she is a member of the College Art Association, the Southeastern Pastel Association, the International Association of Pastel Societies, The National Oil and Acrylic Painters Association, Allied Artists of America, the National Women’s Studies Association, and FATE: Foundation Art, Theory and Education Association. 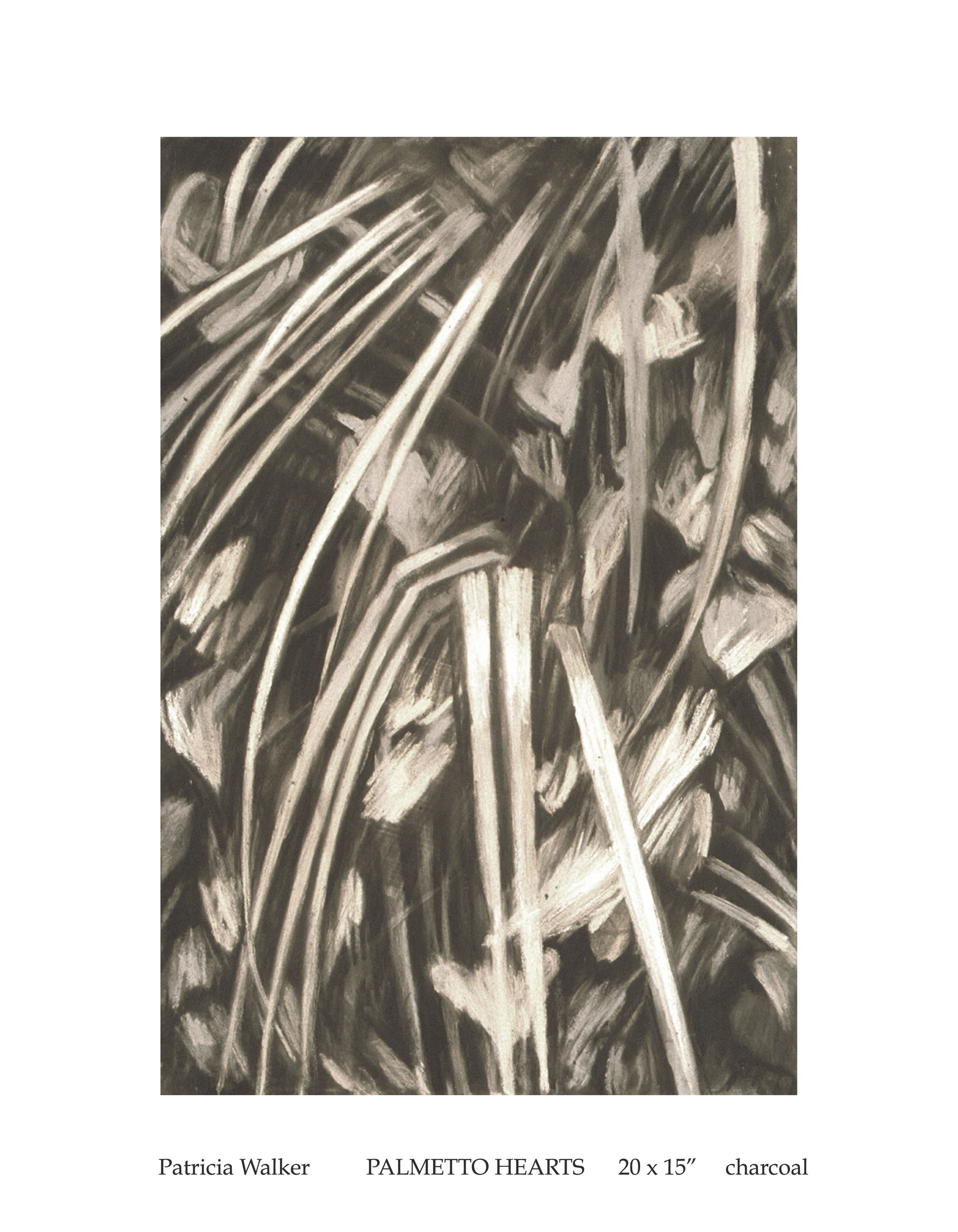 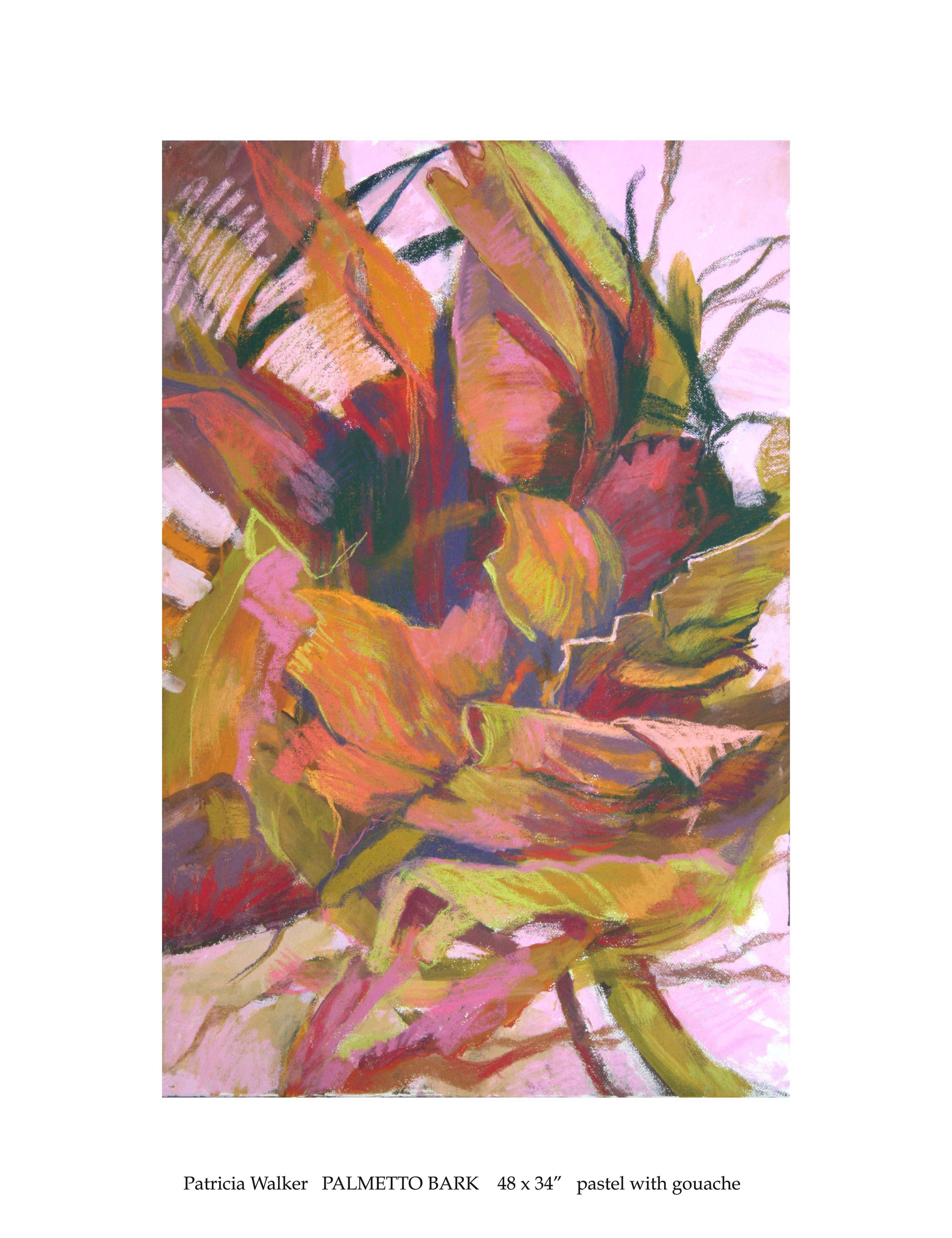 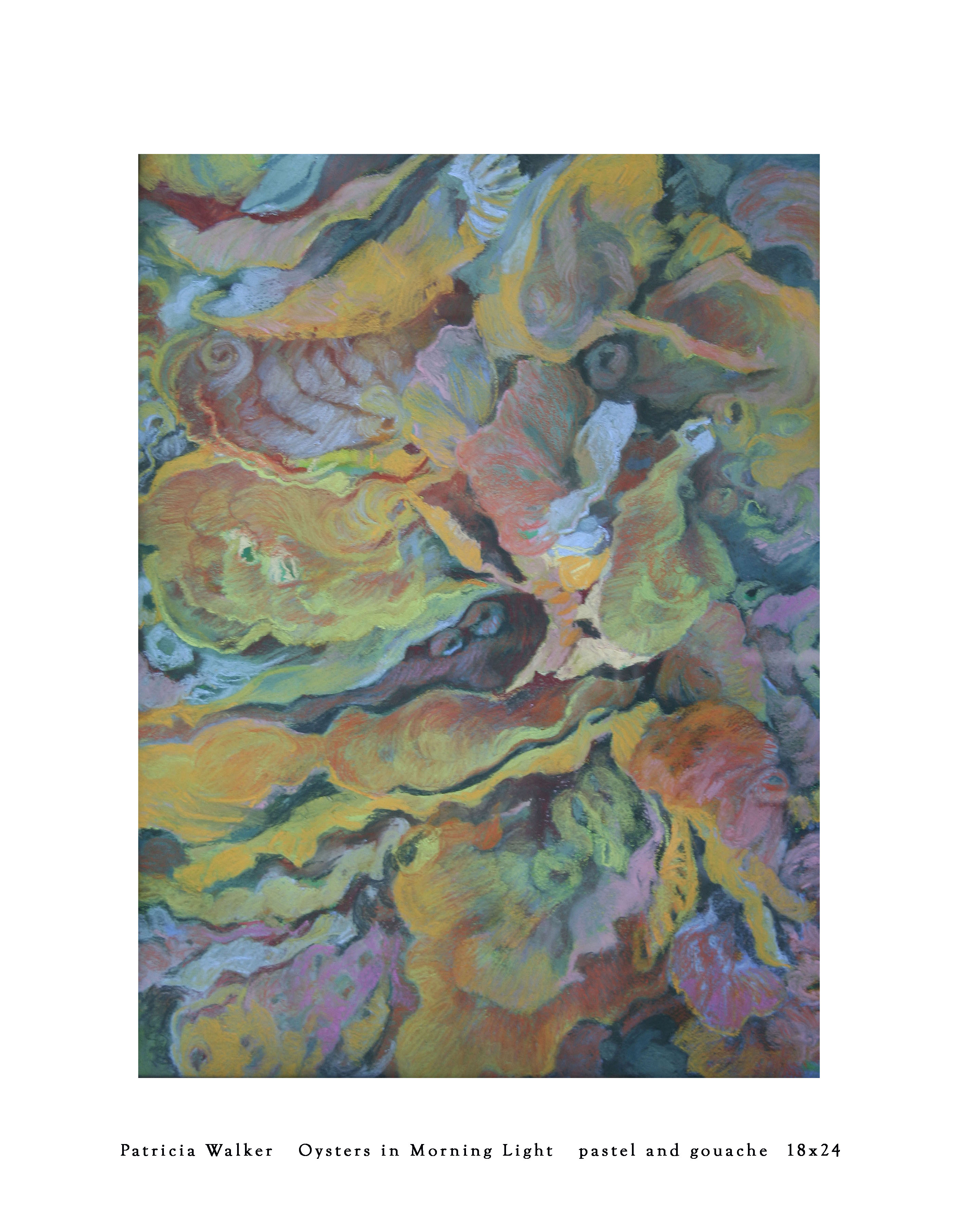 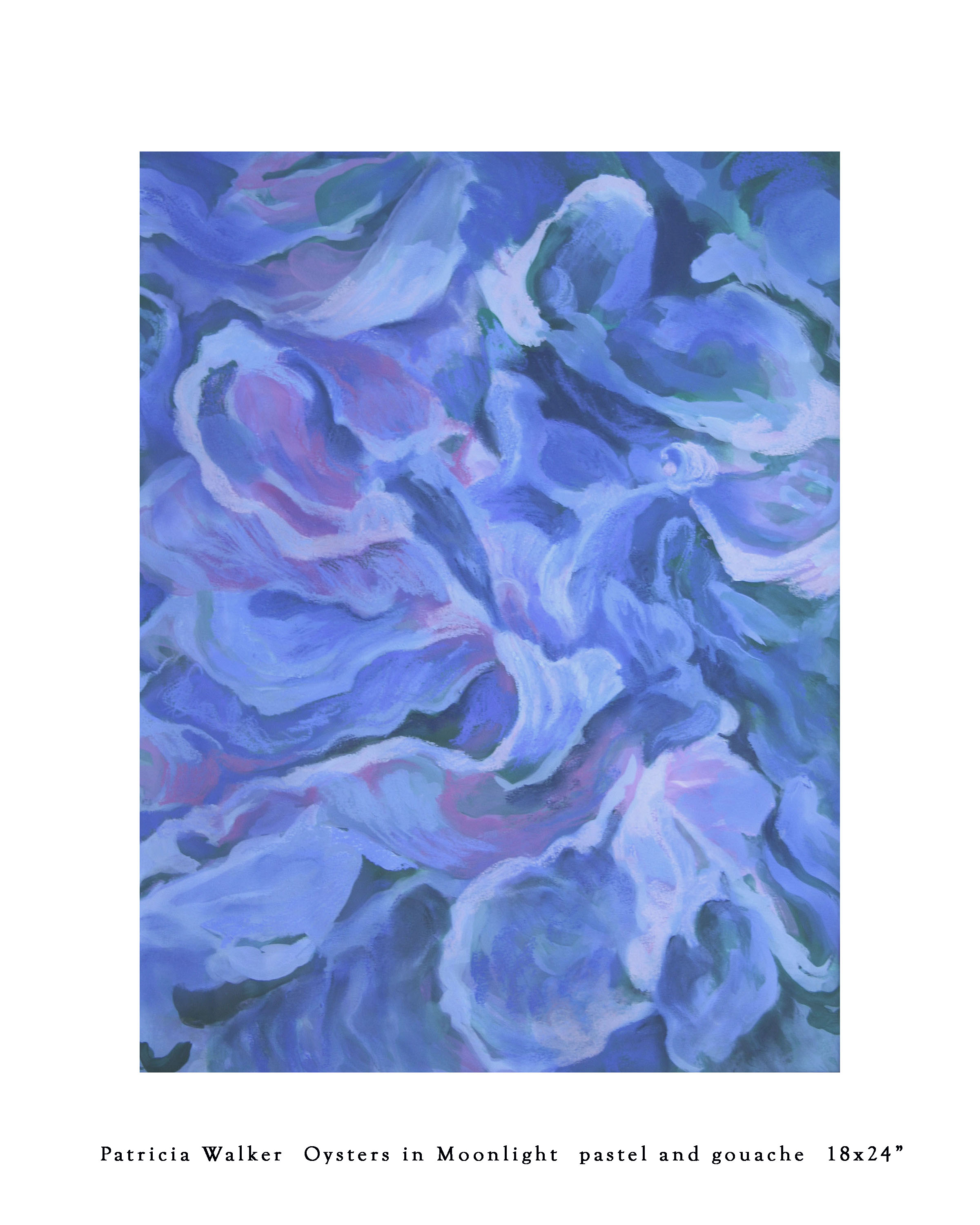 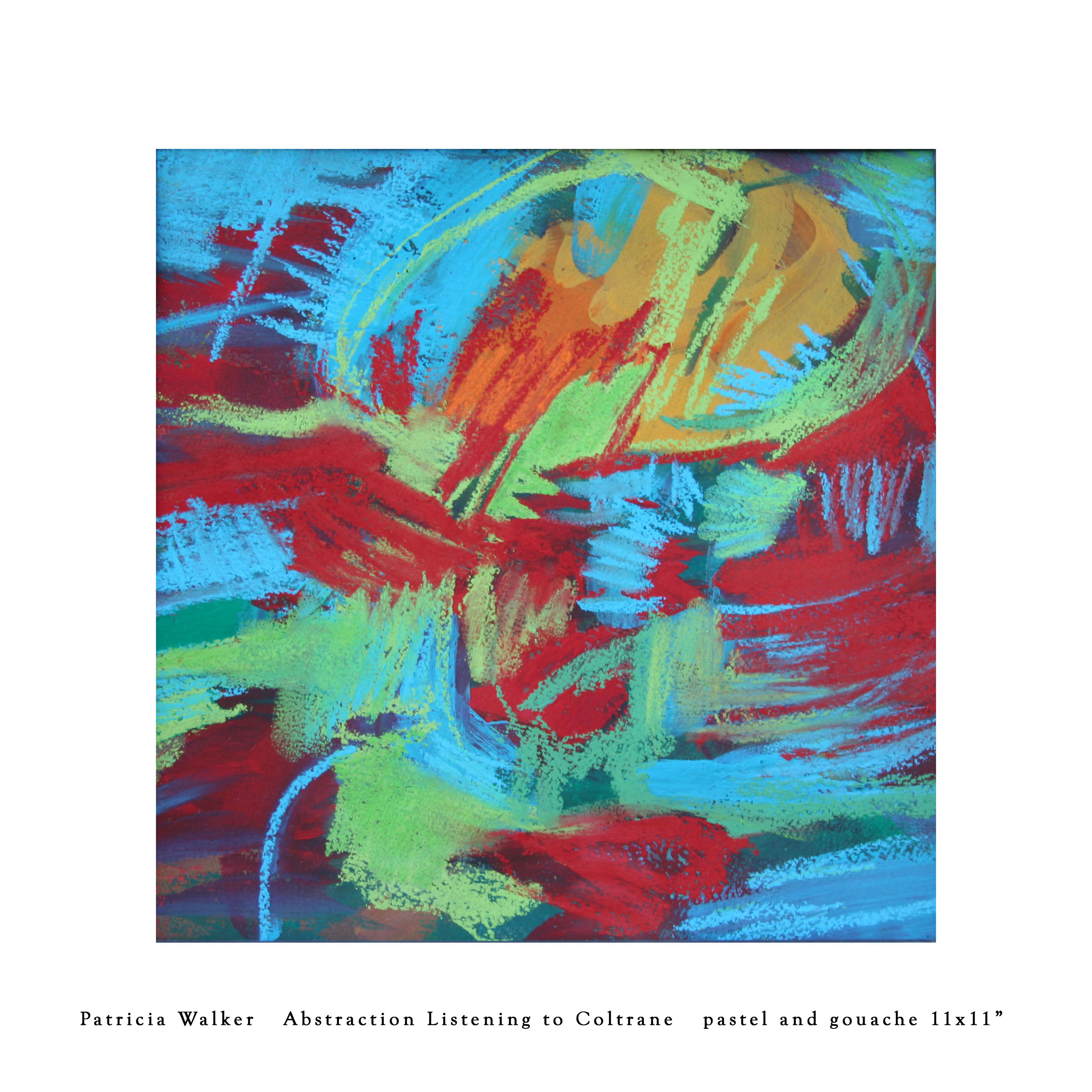 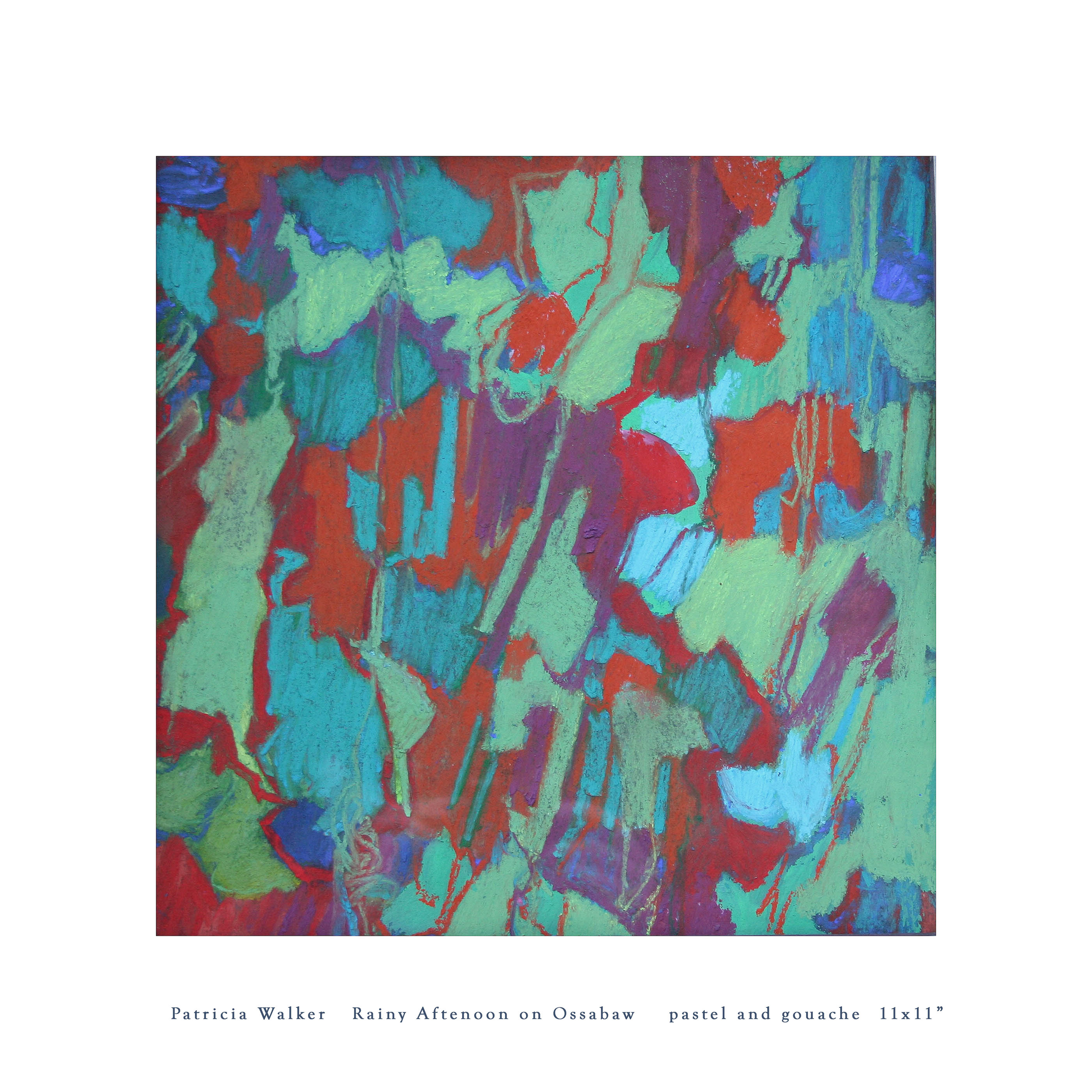 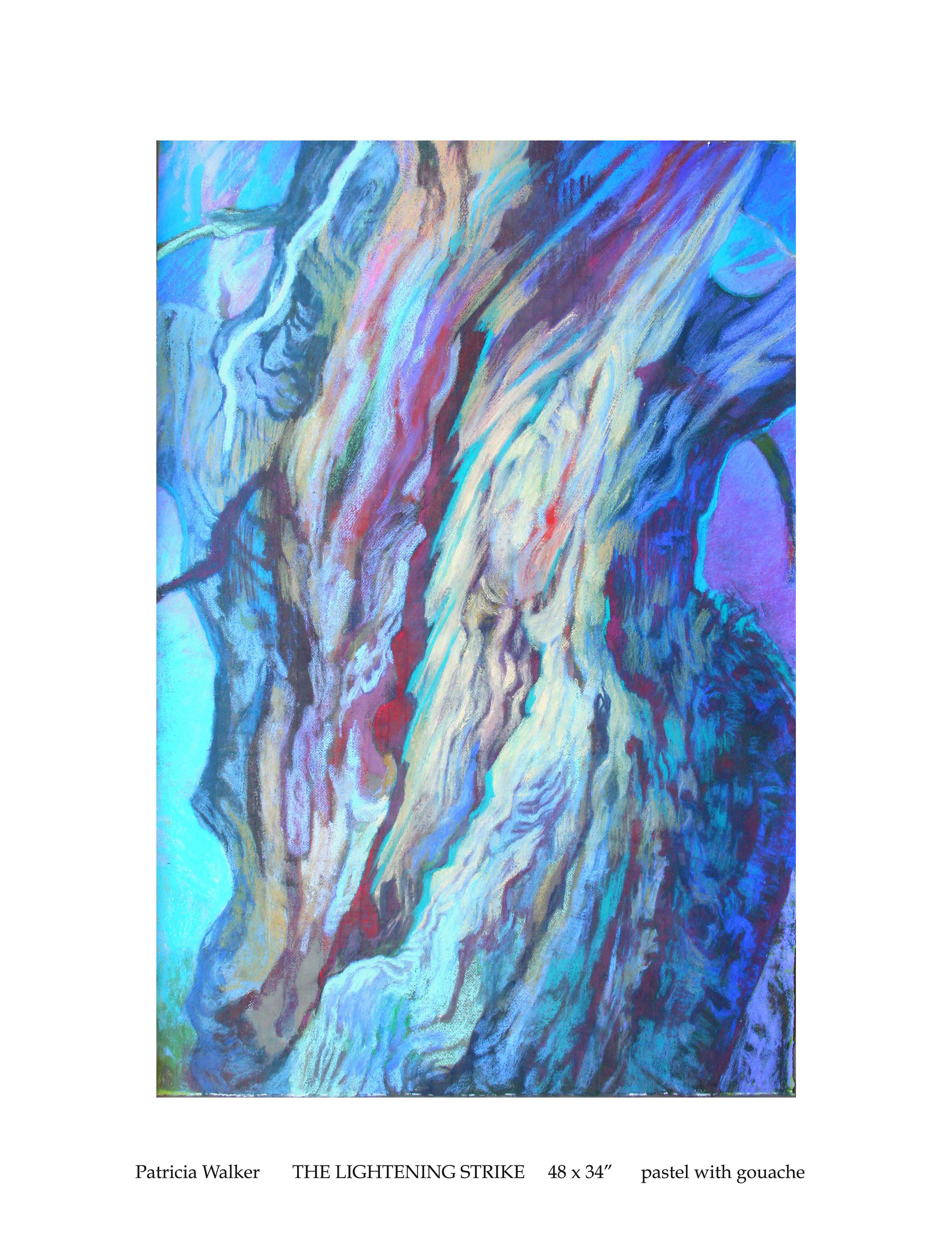 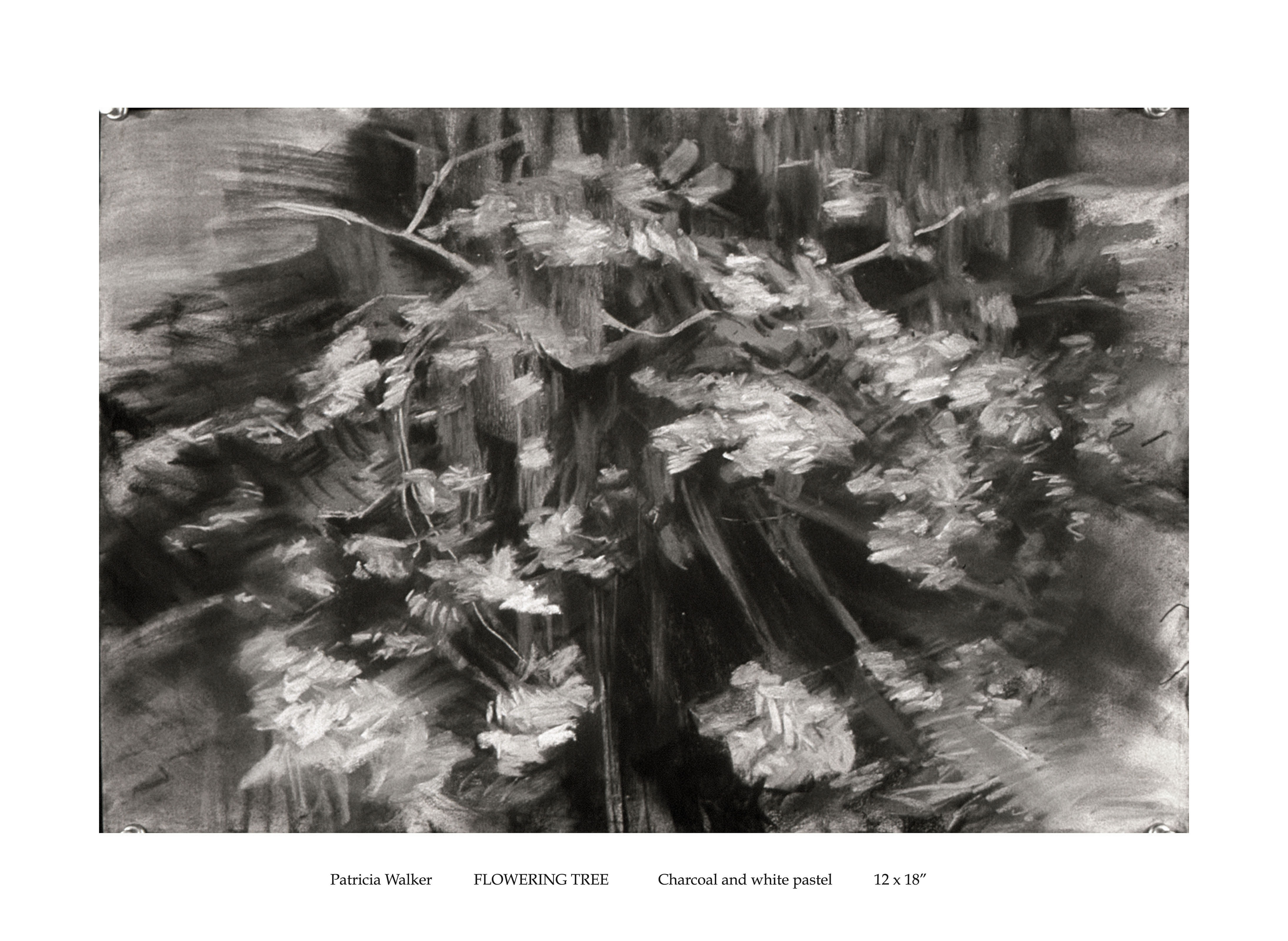 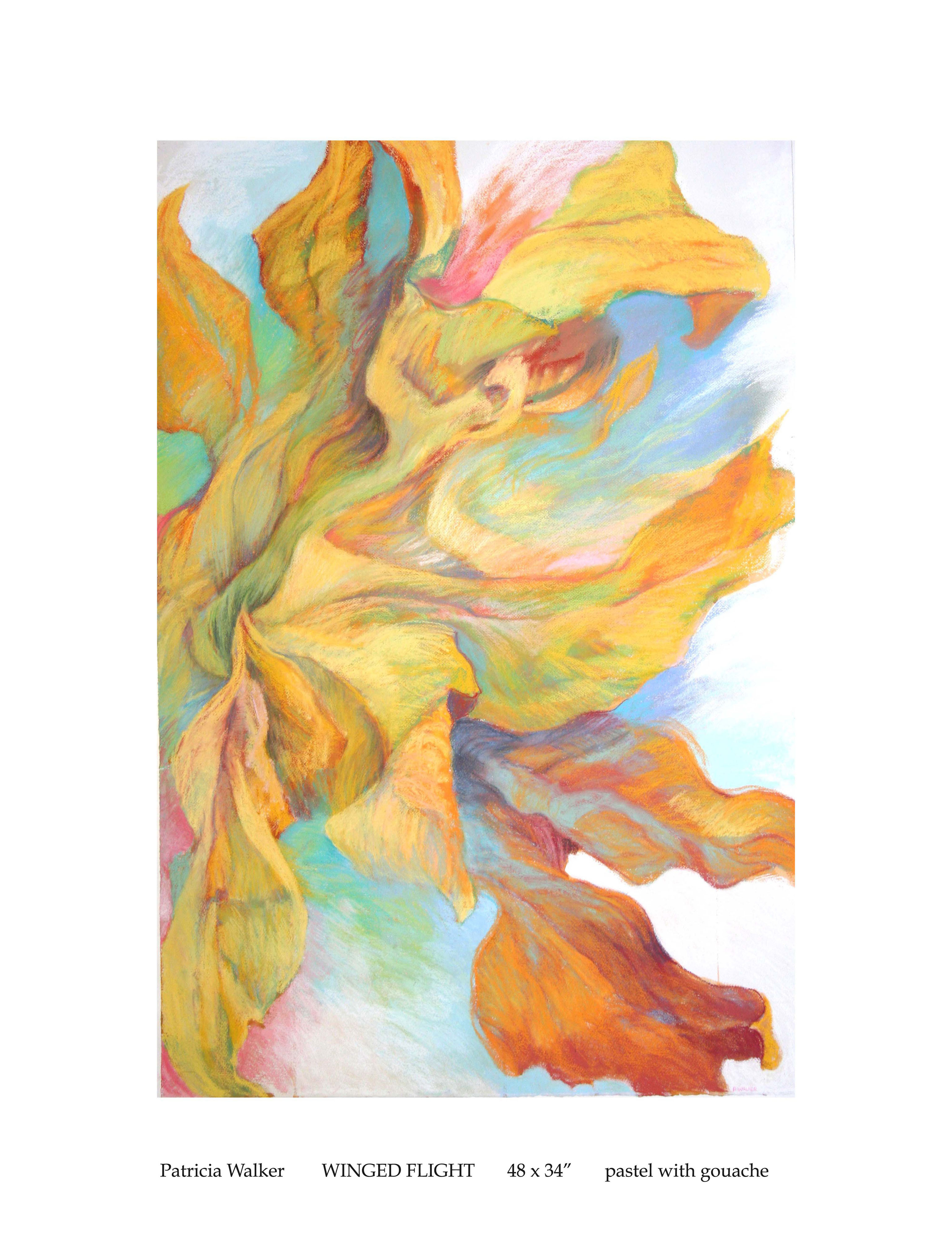 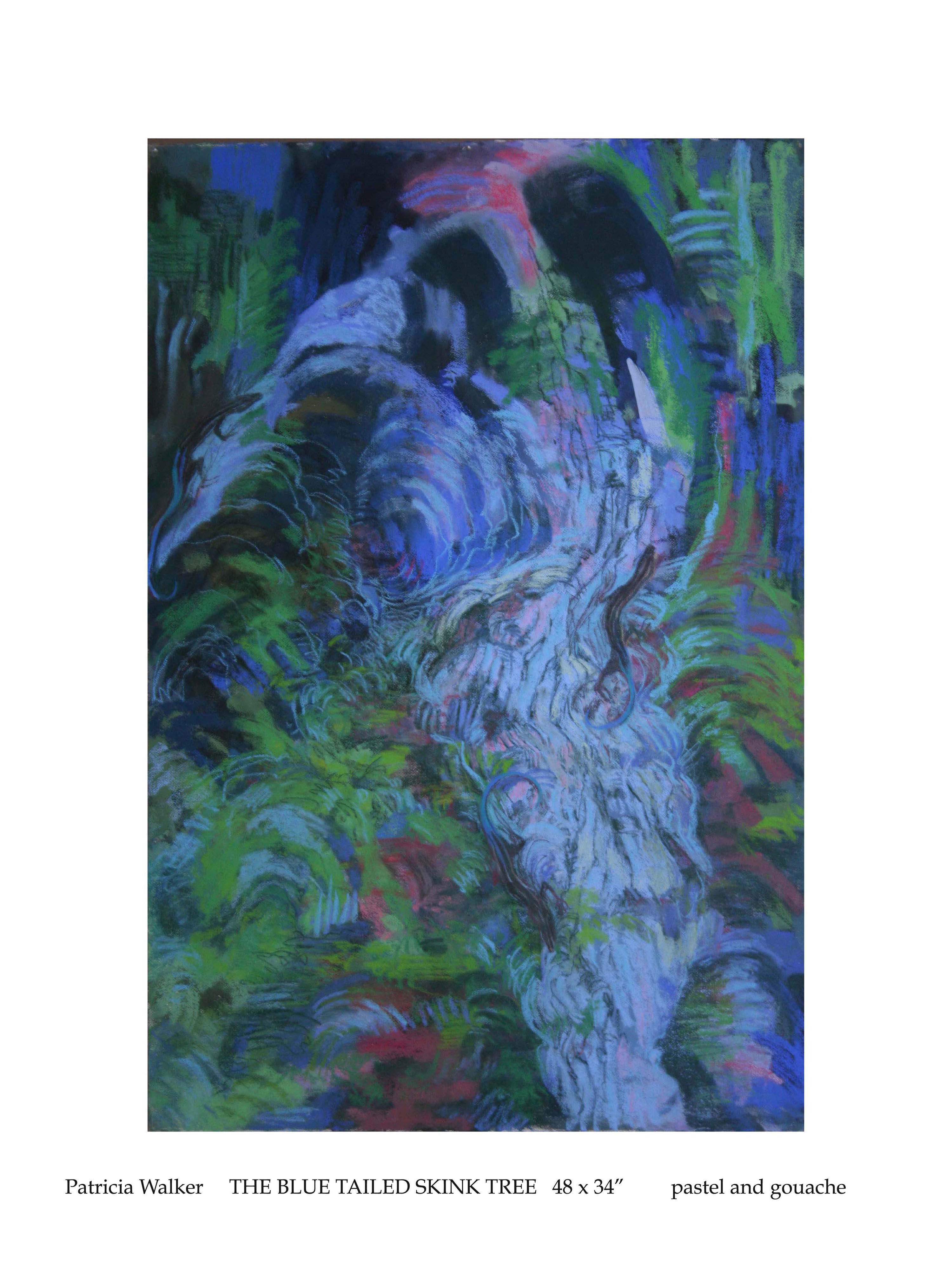