Rae Hamilton works almost exclusively in oil paints, but in a variety of genres, including landscapes, still life, flora, and animals. He received his formal art training at American University, and says he owes a debt of gratitude to the Impressionist and pre-Impressionist masters whose work he was drawn to very early in his studies, as well as to contemporary artists whom have generously shared their knowledge over the years. "In the end, however," says Hamilton, "it is the constant struggle to produce works of art that results in the most growth. Learning to represent three dimensional life on a two dimensional surface and to capture how light transforms any subject is a challenge that can best be met through careful study and devoted practice."
Hamilton’s work is held in private collections across the country. He is currently represented by Trumpeter Swan Antiques and Gallery in Easton, Maryland; the Art Frame Print Gallery in Aberdeen, Maryland; the 234 Studio Gallery in York, Pennsylvania; Gallery 50 in Waynesboro, Pennsylvania, and Hereford Antiques Emporium in Parkton, Maryland. He also shows work periodically at the Schuler School of Fine Arts and the Crystal Moll Gallery in Baltimore. Previously, he was represented by the Christine Daniels Gallery in Easton, Maryland, D&K Gallery in Monkton, Maryland, the Prince Royal Gallery and the Gallery Julian in Alexandria, Virginia; as well as the Venable Neslage Gallery and the historic Rock Creek Park Gallery in Washington, D.C.
Hamilton's painting, "River in Spring," was accepted into The Best of America Show 2016, sponsored by the National Oil & Acrylic Painters' Society. His painting, "Legacy," of a mare and her foal, won a Blue Ribbon, a Special Award, and the President's Award in the professional class at the 2016 Maryland State Fair. The painting also received the Best in Show Award, presented by Plaza Art. The Rehoboth Art League presented Hamilton the Col. W.S. Corkran Award for his painting of Assawoman Bay in Bethany Beach, Delaware. Hamilton, who served on the board of directors of the Rock Creek Park Gallery in Washington, D.C., won a number of awards in juried shows there. He has been juried into some of the most prestigious art shows on the East Coast, including the Waterfowl Festival in Easton, Maryland, the Greater Reston (VA) Arts Festival, and the Mount Gretna (PA) Outdoor Art Show. 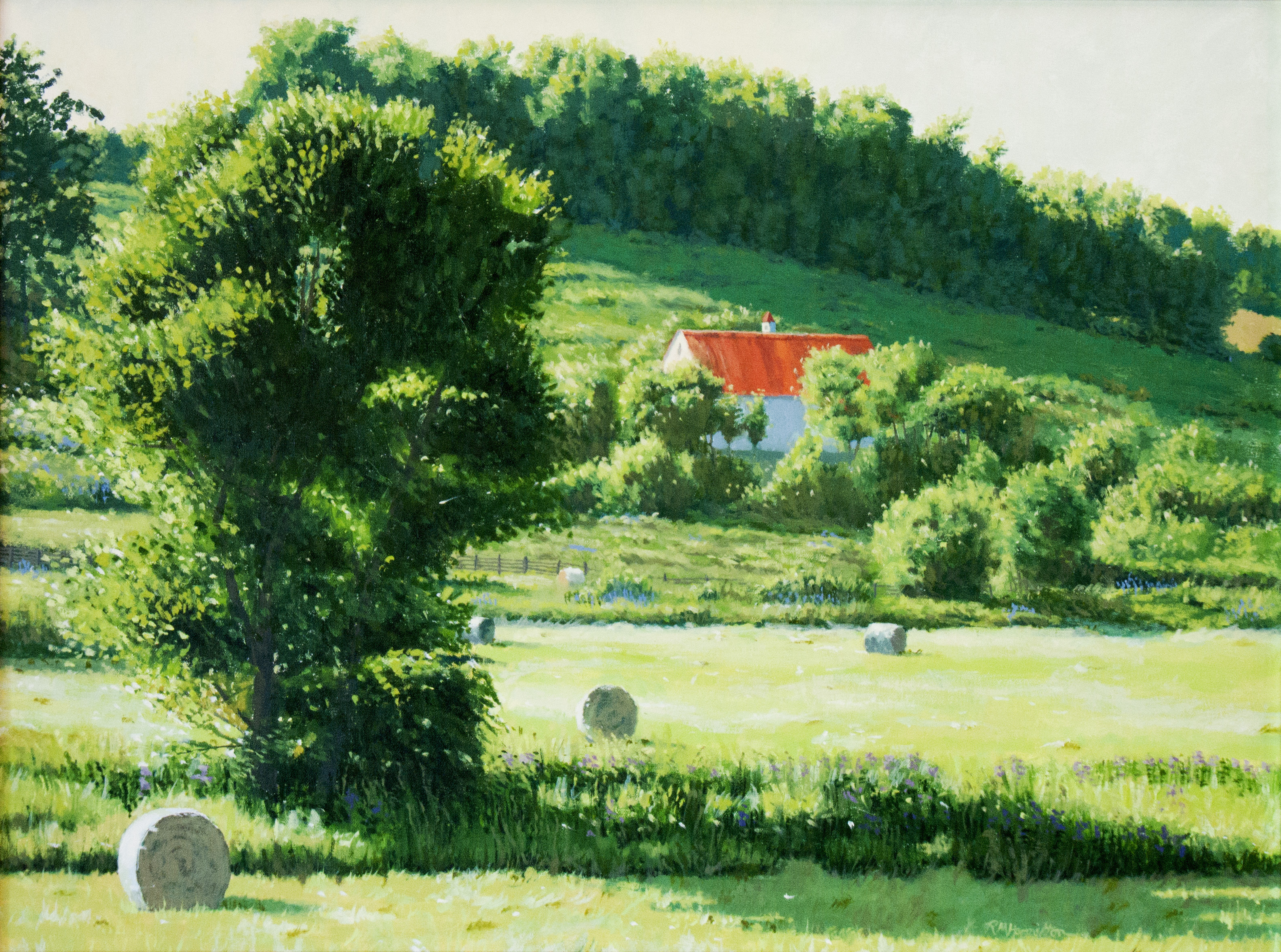 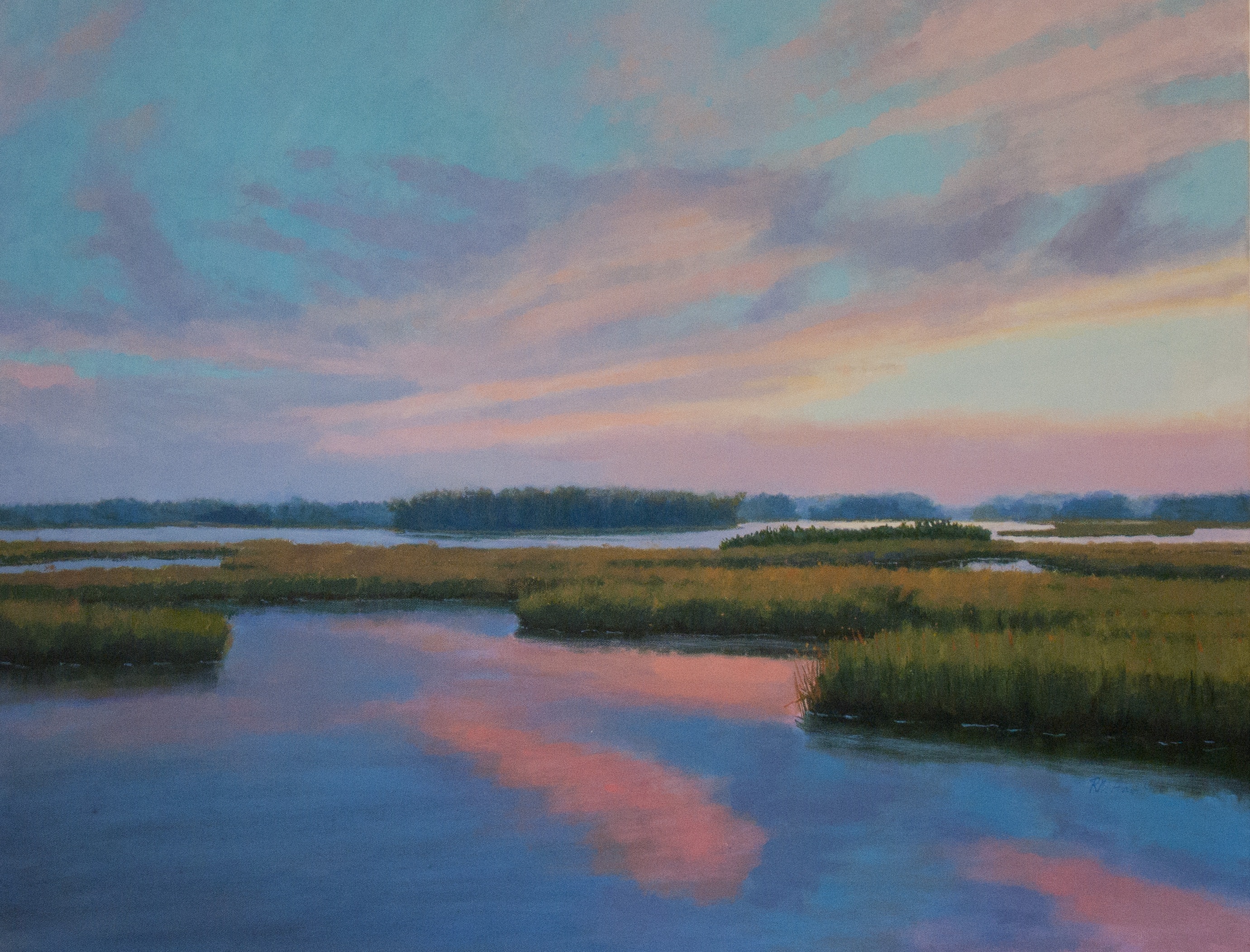 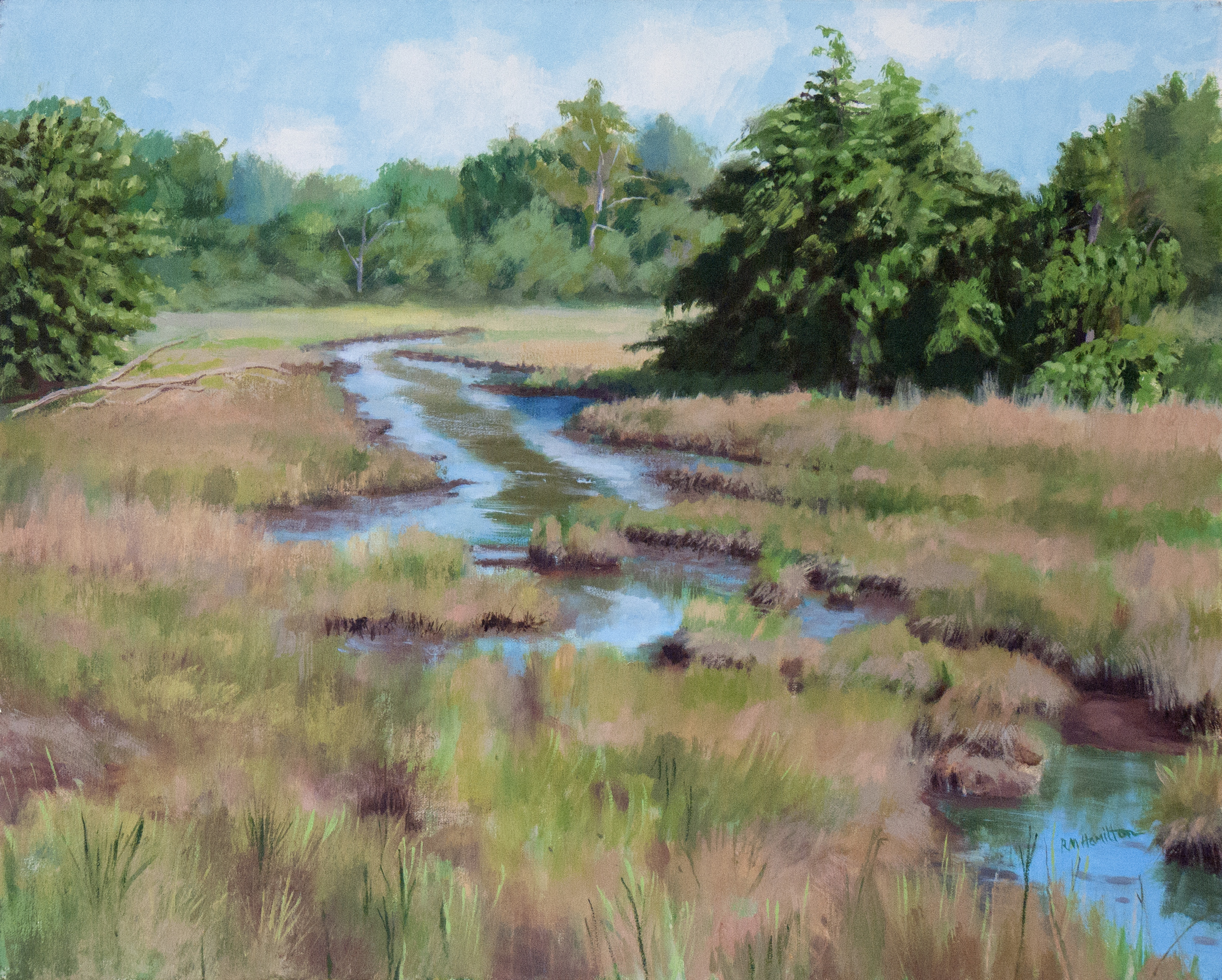 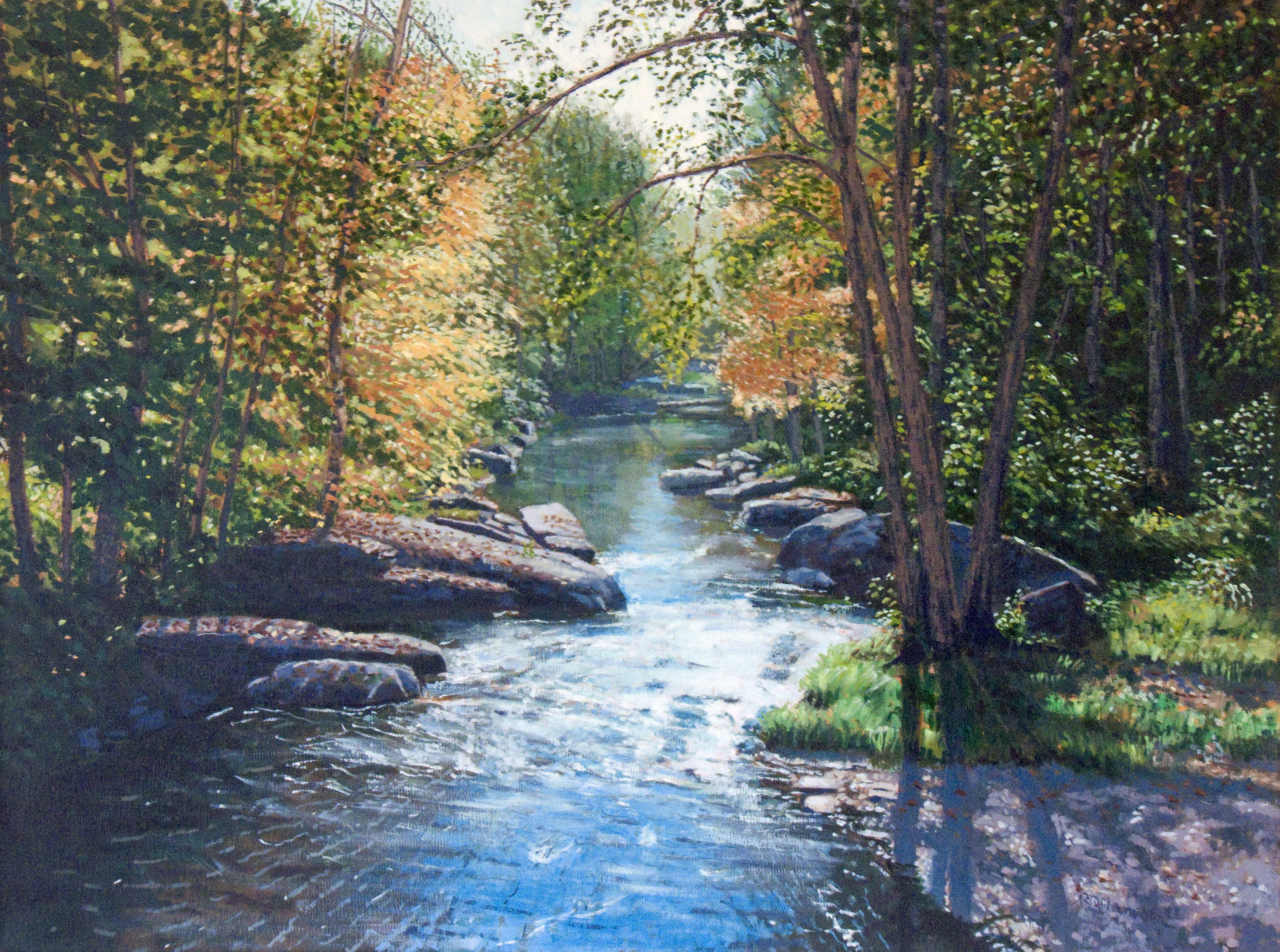 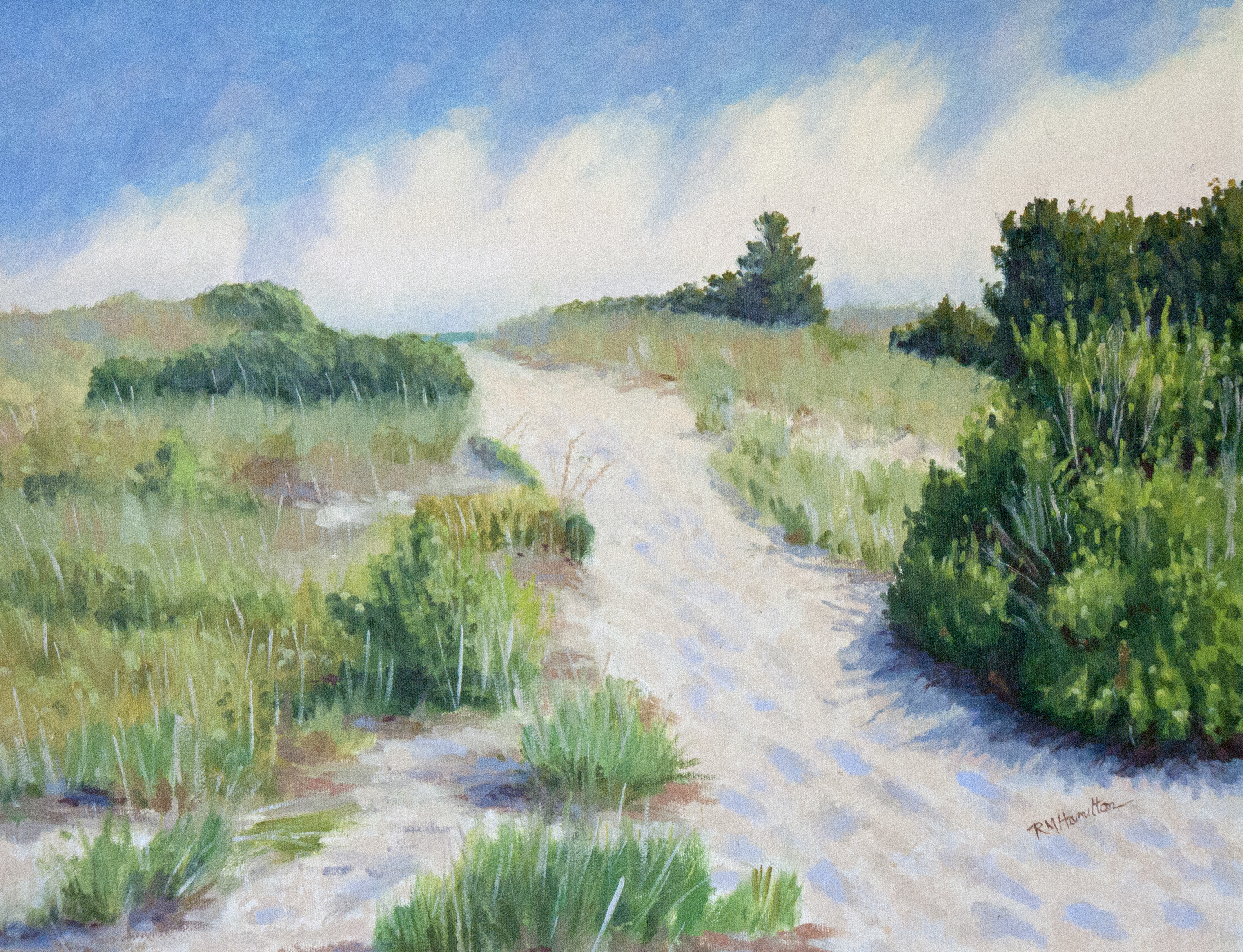 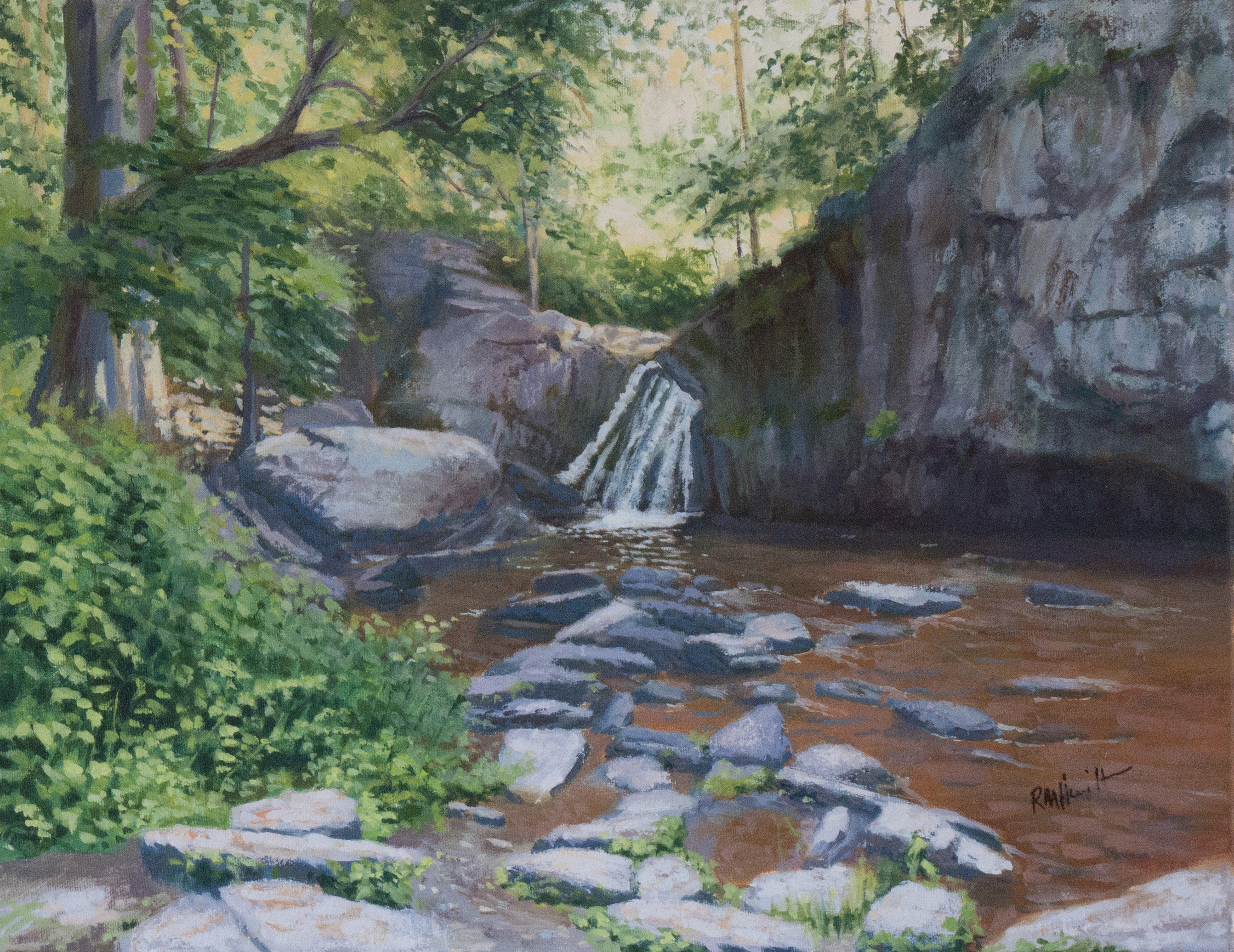 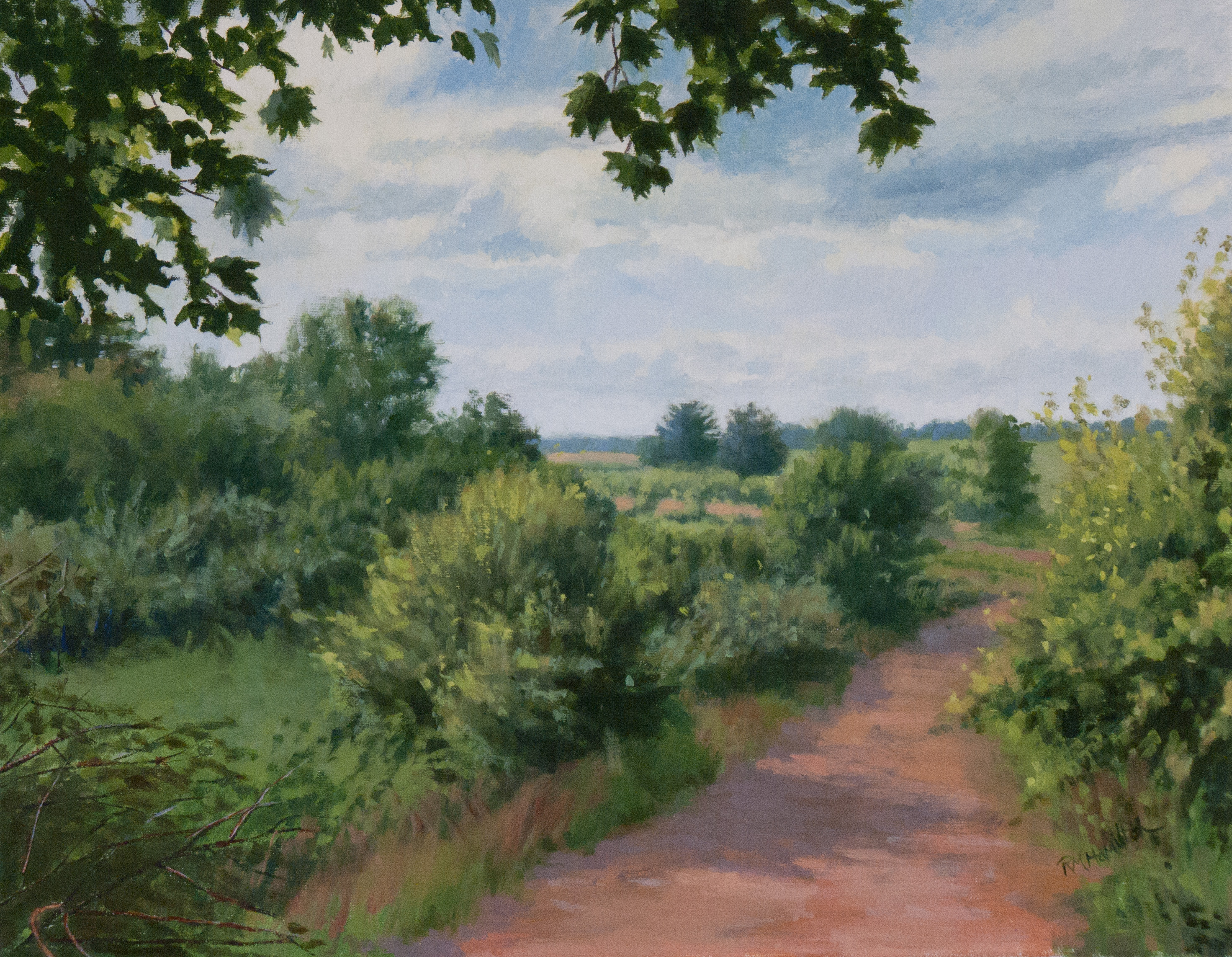 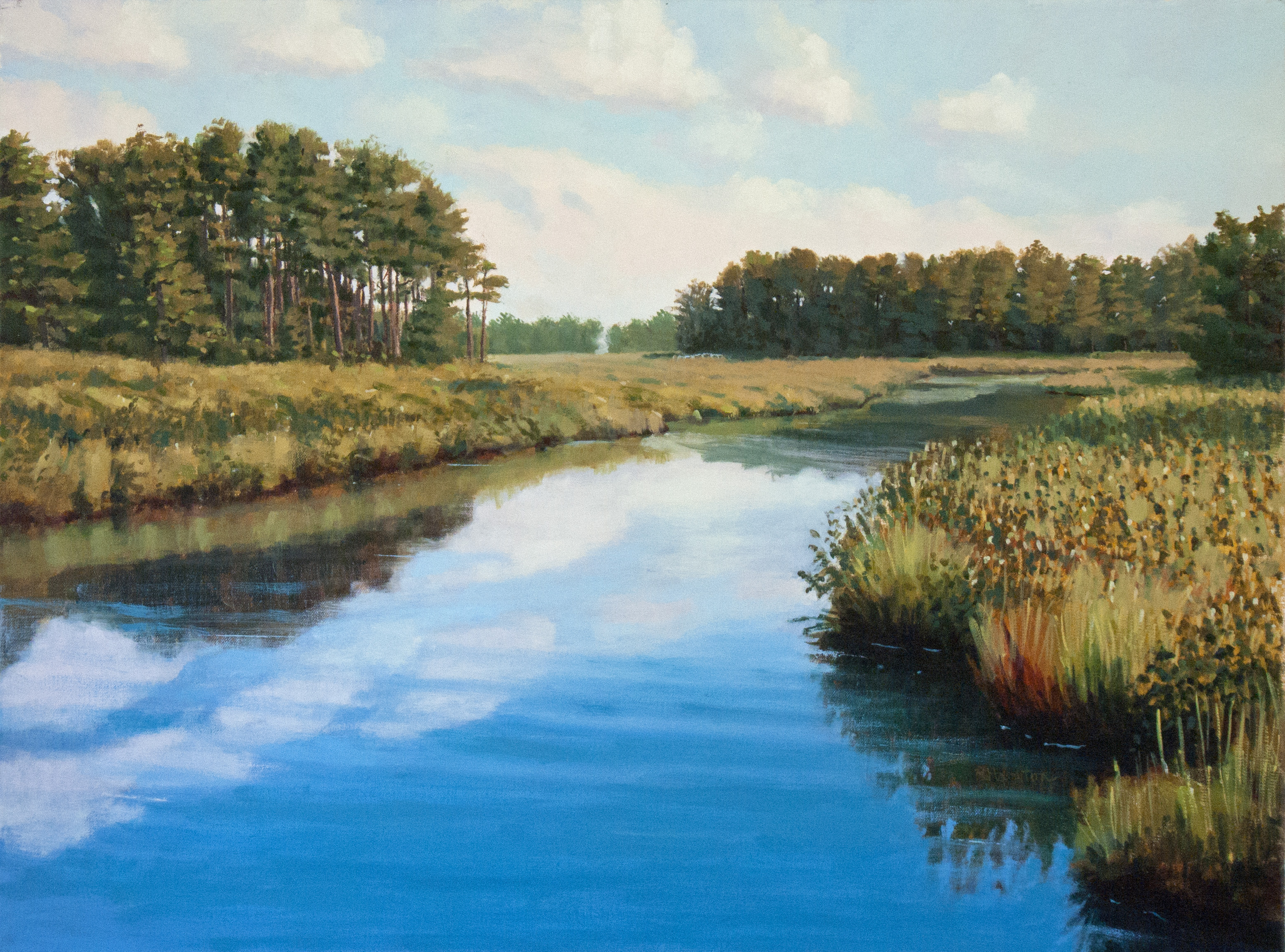 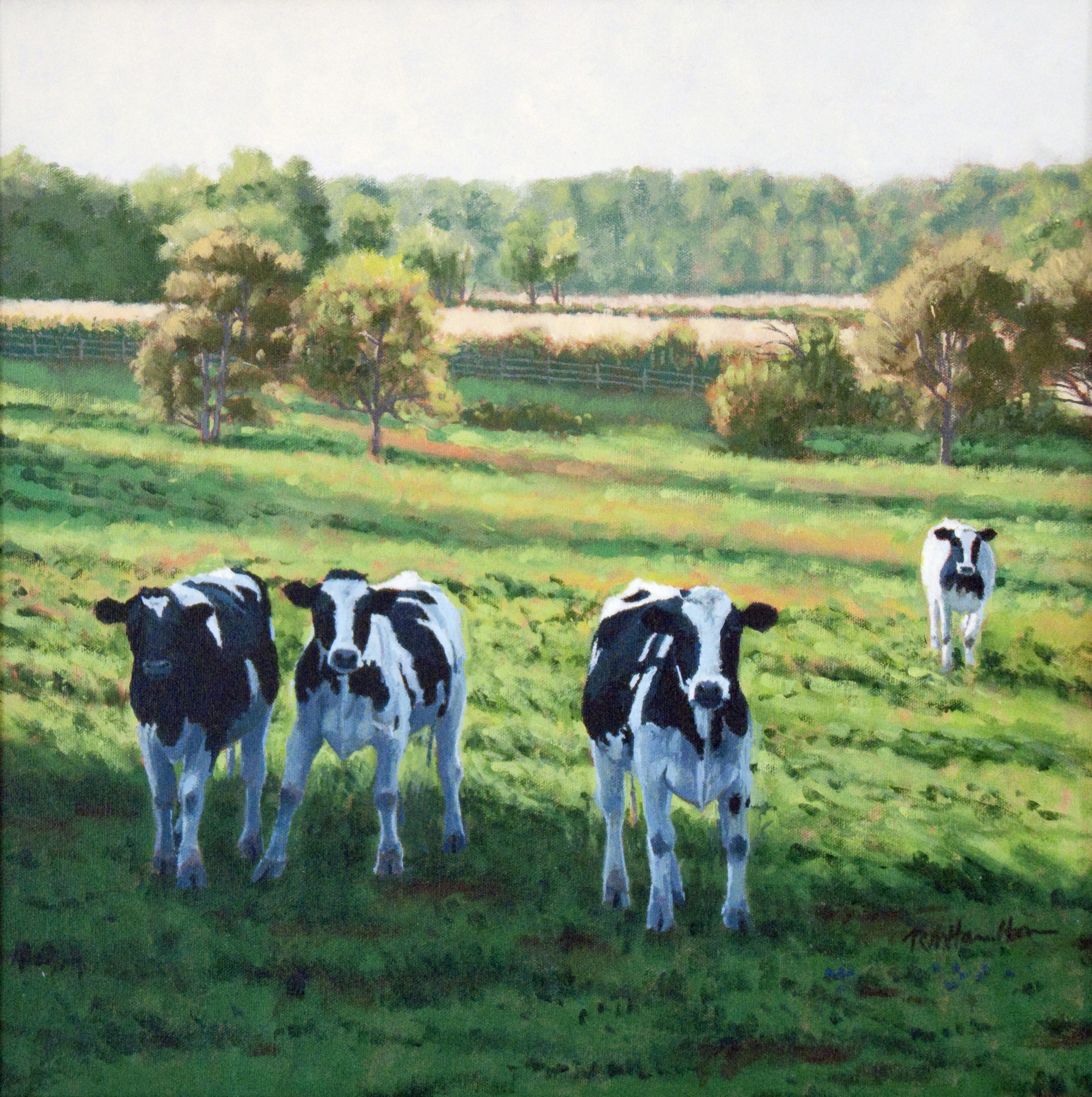 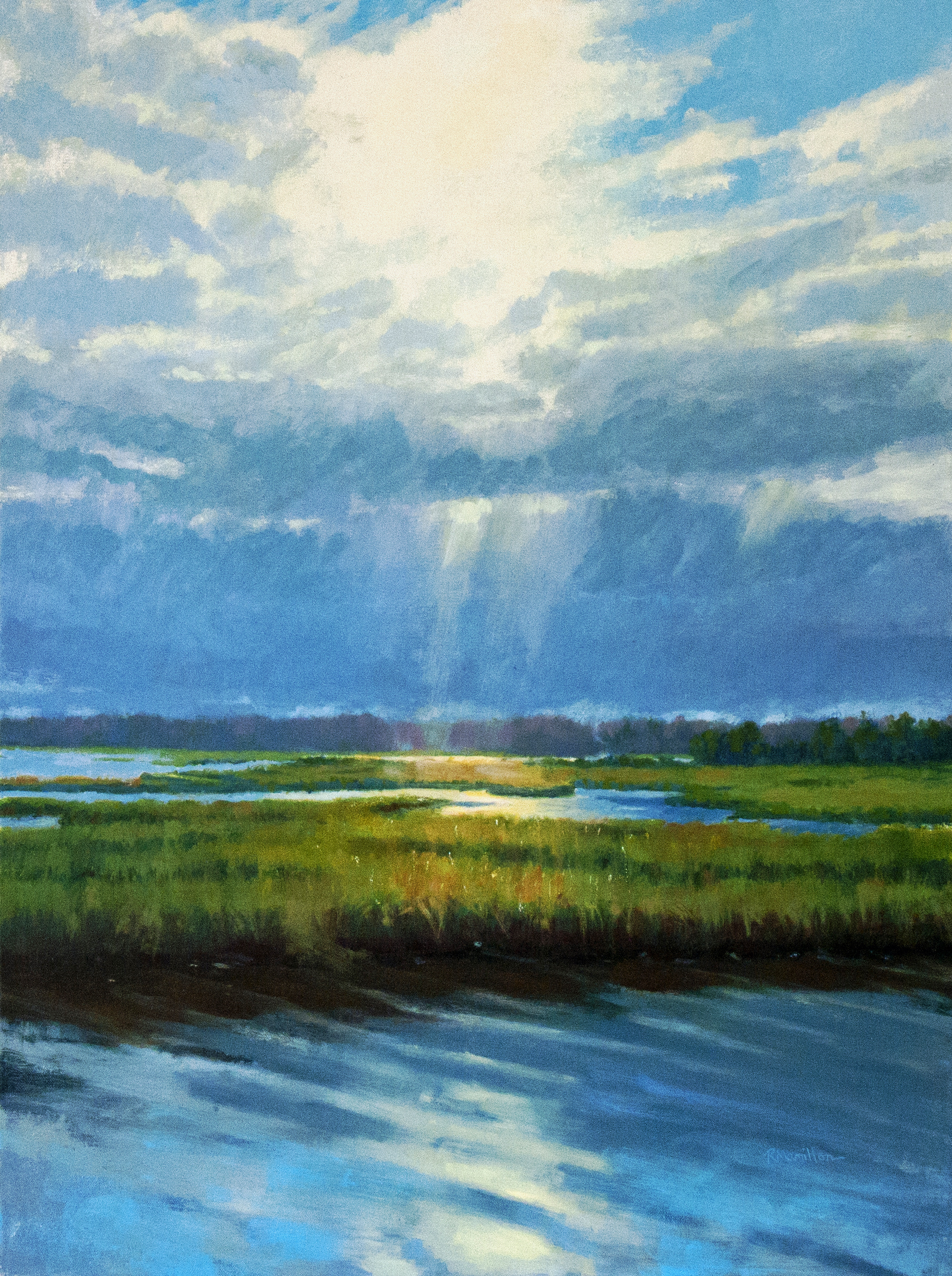