I am interested in the metaphysics of space and time, and how
objects and perception changes when we move around in space.
A first generation Chinese-Jamaican, I was born in Bronx, NY, and
moved to Miami, FL, at an early age. I also spent considerable time in
Jamaica, Washington DC, Houston, TX, Tampa Bay Area, FL, and New
York City. I am the granddaughter of John Dunkley, who according
to Guggenheim Fellow, Eldzier Cortor, was “Jamaica's first and finest
intuitive painter.” I currently live between New York and Florida. In
having such a rich geographical background, the transitions between
countries, between economies, and between the nuances of
language and culture have developed for me an understanding of the
visual world, in its resilience and its potential for exceeding
limitations. I use my artwork to delve into these nuances to find a
critical space, which pushes past complacency to modes of resistance
in the present moment.

I hunt and find large spaces, areas, and canvases to arouse reflection
of an image of the unseen, in the search for a universal language. My
obsessive paint strokes mirror my need to disseminate and transmit
humanity’s unseen experiences, within layers of interconnecting lines
that are echoes of a diverse but shared account.

My goal is to orchestrate a conversation between history and art, which
could give us the progressive discussions of the future. I believe that
our histories serve as a catalyst, and that they mutate and are more
alive in us when regarded as a stimulus for transformation of thought.
My labyrinths engage social and cultural histories in a constant cycle of
being told and retold. 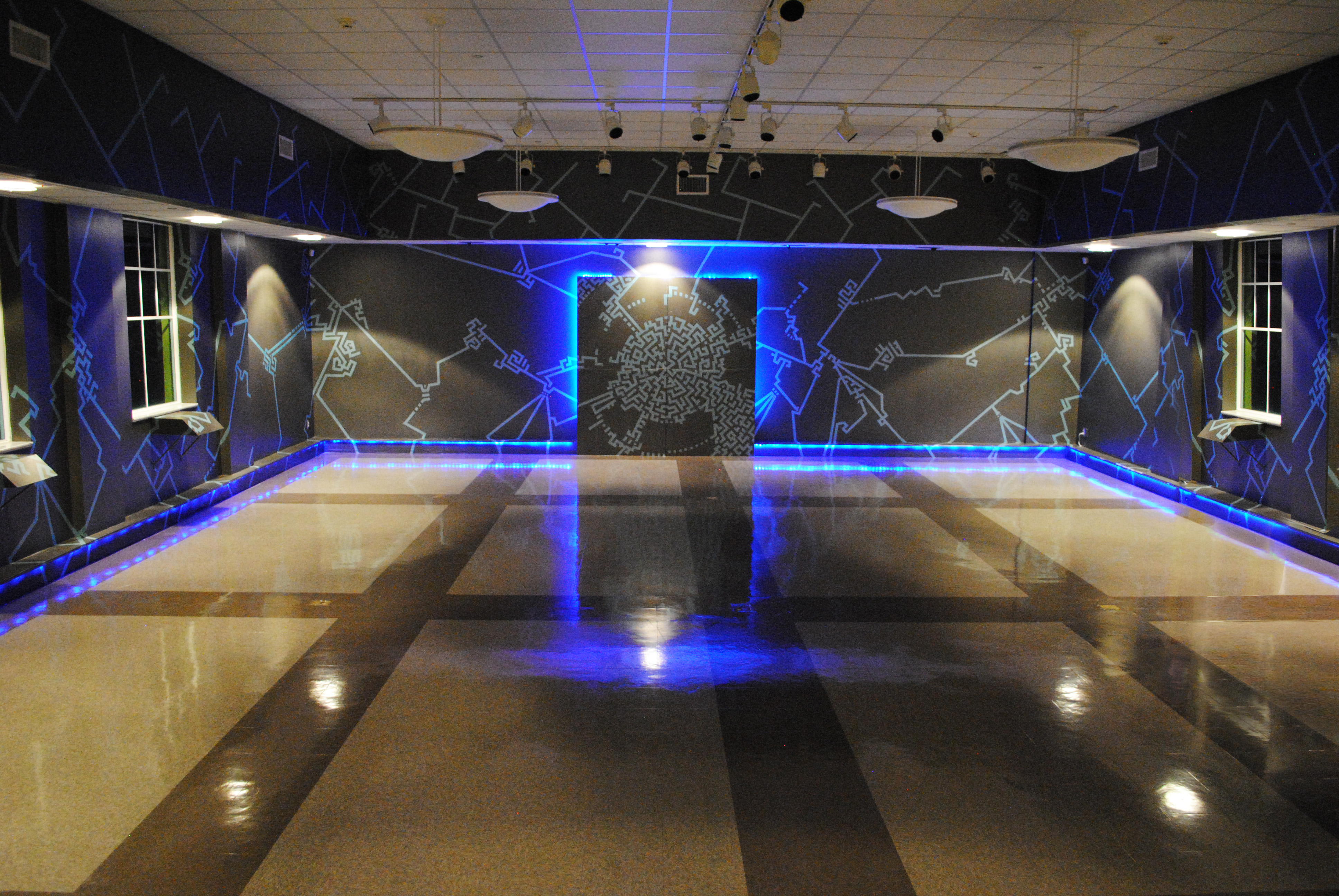