Paul Wainwright is a photographer based in Atkinson, New Hampshire, who works in a traditional manner utilizing sheet film, a large-format camera, and silver gelatin printing. His work has appeared in numerous juried competitions and solo exhibitions, and is included in the permanent collections of both private and corporate collectors, including the Boston Public Library, Fidelity Investments, and the Museum of Fine Arts, Houston. He is a mostly self-taught photographer who brings to his images an eye for space and light, subtle details, and an appreciation of history. Working with traditional photographic media such as 4x5 sheet film and silver gelatin paper processed in a wet darkroom, he achieves in his prints a sense of quiet contemplation that comes from the slow, Zen-like pace of creating his images.

In his book and traveling exhibition The Colonial Meetinghouses of New England, Wainwright presents a “composite portrait” of the New England meetinghouse – the center of colonial life, both civic and religious. He has photographed in and around the few meetinghouses that remain untouched in the past 200 years. His work goes beyond mere documentation, and explores the light and textures of these spaces.

Photographs from this series were featured in the November/December 2009 edition of Yankee Magazine.

The Project: The Colonial Meetinghouses of New England

This series is particularly appropriate for exhibition in America’s embassies because many of our nation’s ideals – including participatory government and freedom of religion – were first formed and refined in these structures. These photographs also present an architectural style that is unique to New England, and richly illustrate the fine craftsmanship that New England is known for. They will be warm reminders of “home” for diplomatic personnel working overseas.

When built in the 1700s, colonial meetinghouses were the center of both religious and civic life – concepts not at all separate in colonial New England. Many were built with tax money, and their simple, undecorated architecture reflected the desire of early Puritan settlers to live simple lives apart from the Church of England. Yet these were their “cathedrals,” built by hand without adornment, except for the wonderful woodwork. Only a few of them remain in a relatively unchanged state. These structures not only present a fascinating glimpse into our nation’s colonial history, but are artistically beautiful as well.

Working with sheet film and a 4x5 wooden field camera, photographer Paul Wainwright has collected a wealth of images of New England’s surviving colonial meetinghouses that go beyond mere documentation what these buildings look like – they explore the feeling of “presence” that exists in them. Working only with natural light, the photographer has captured his sense of intimate wonder that he gets whenever he enters one of these structures. His prints, which are featured in a traveling exhibition, evoke a sense of quietness and contemplation, and have been described as reminiscent of some of the great masters of the 20th century. An accompanying essay by noted colonial historian Peter Benes elaborates on the communities that built and used these meetinghouses, and tells a story that appeals to those who love history, art, and architecture.

More information about this project can be found at: www.colonialmeetinghouses.com .

Information about the book can be found at www.aspaceforfaith.com .

Information about Wainwright’s other bodies of work can be found at: www.paulwainwrightphotography.com . 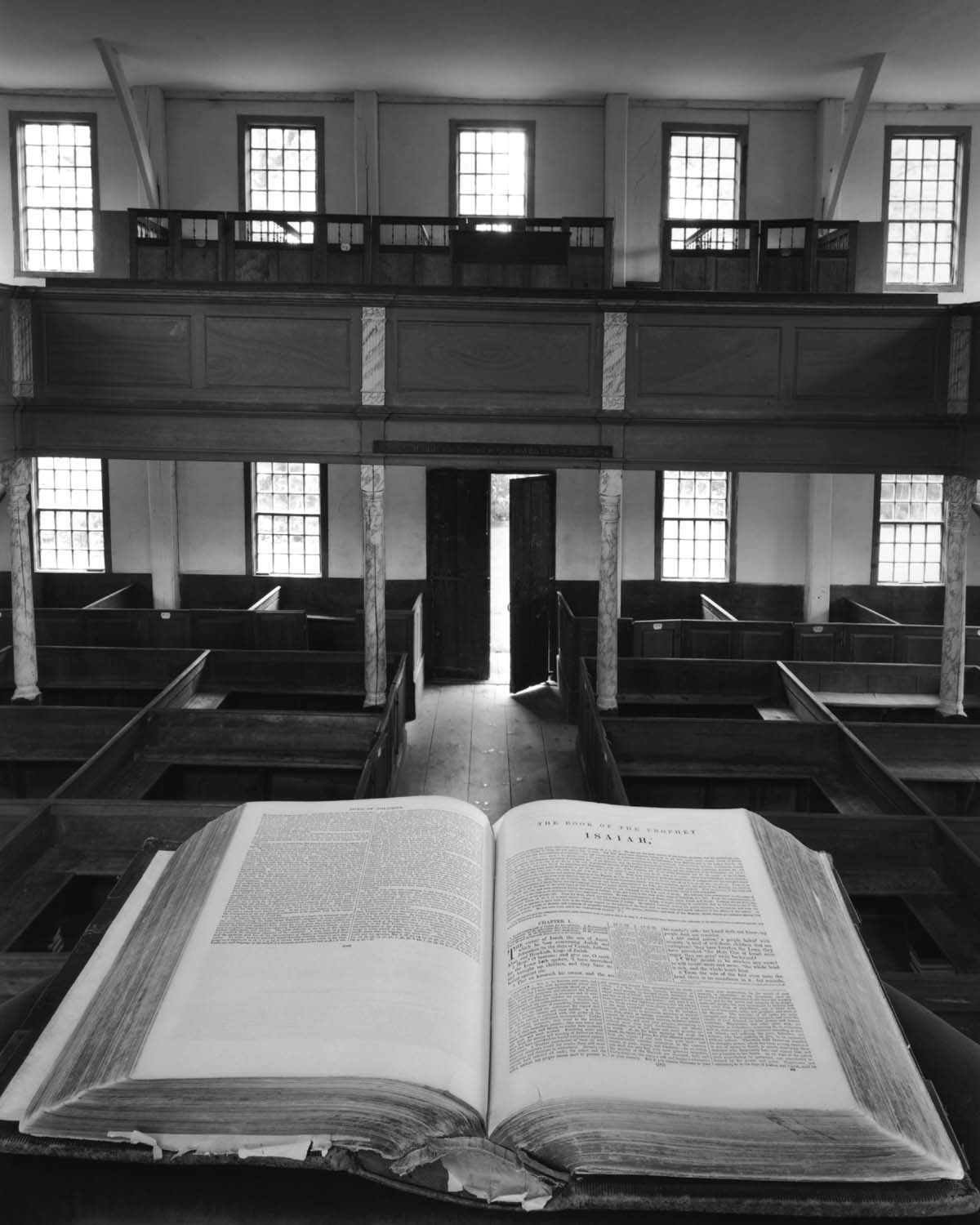 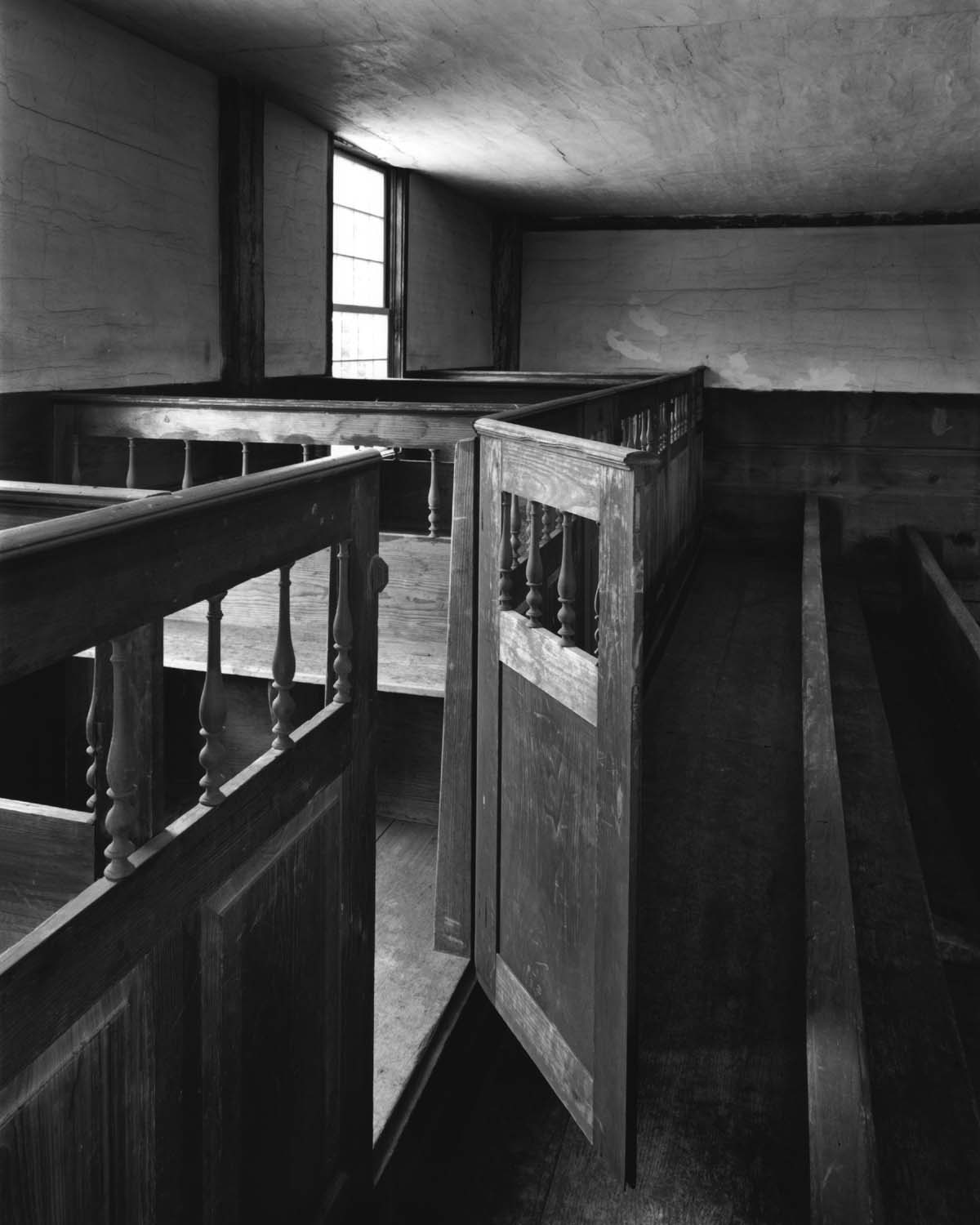 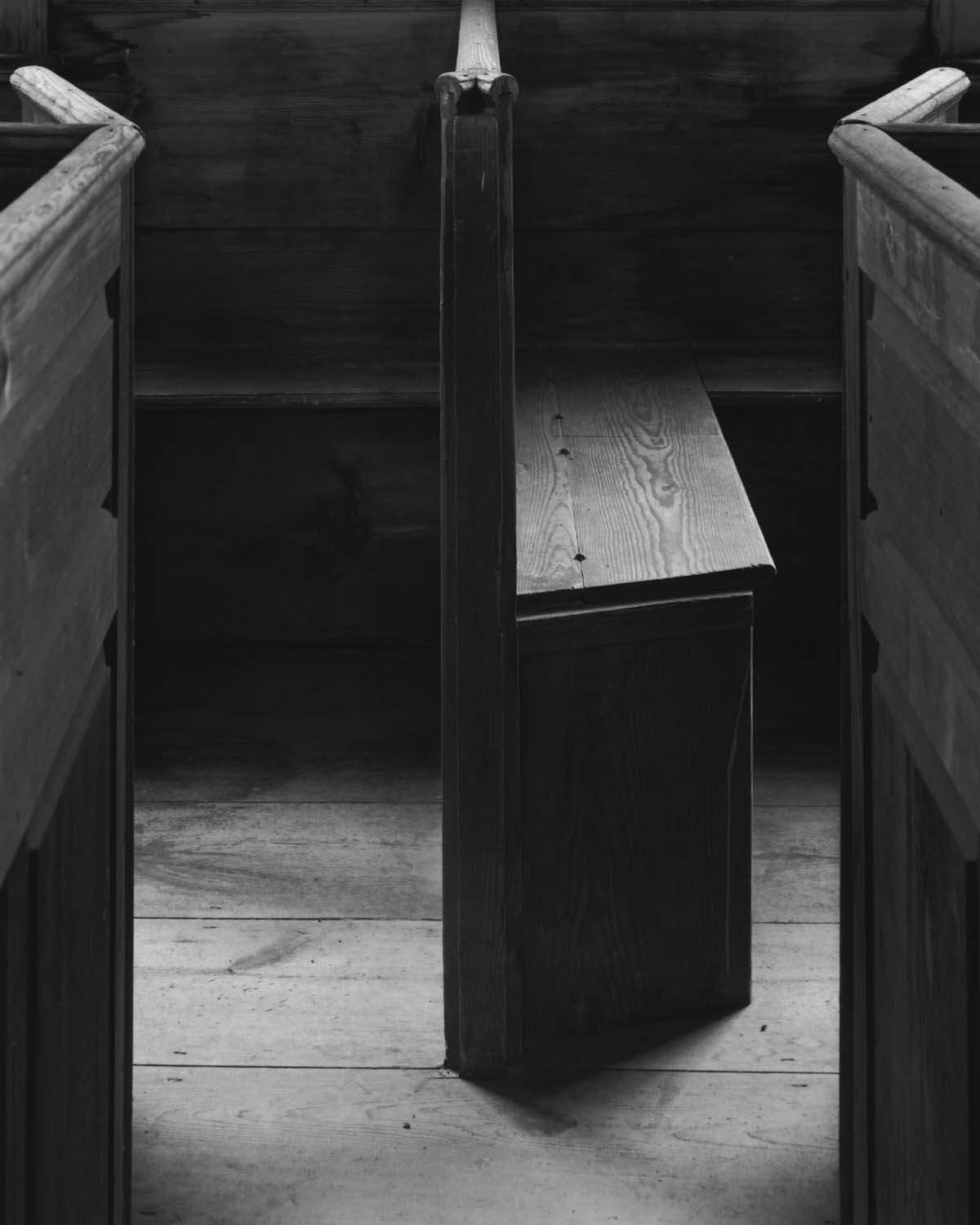 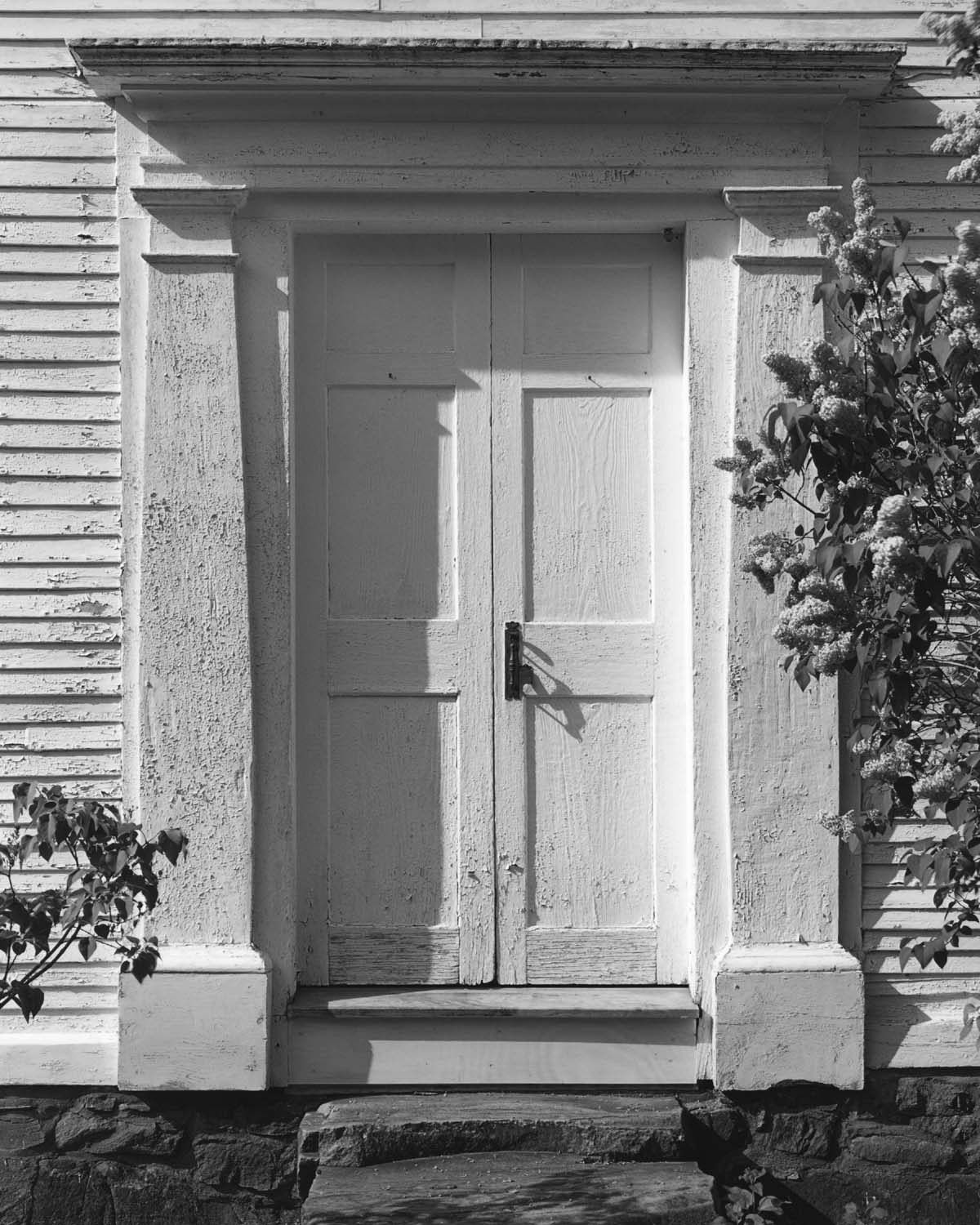 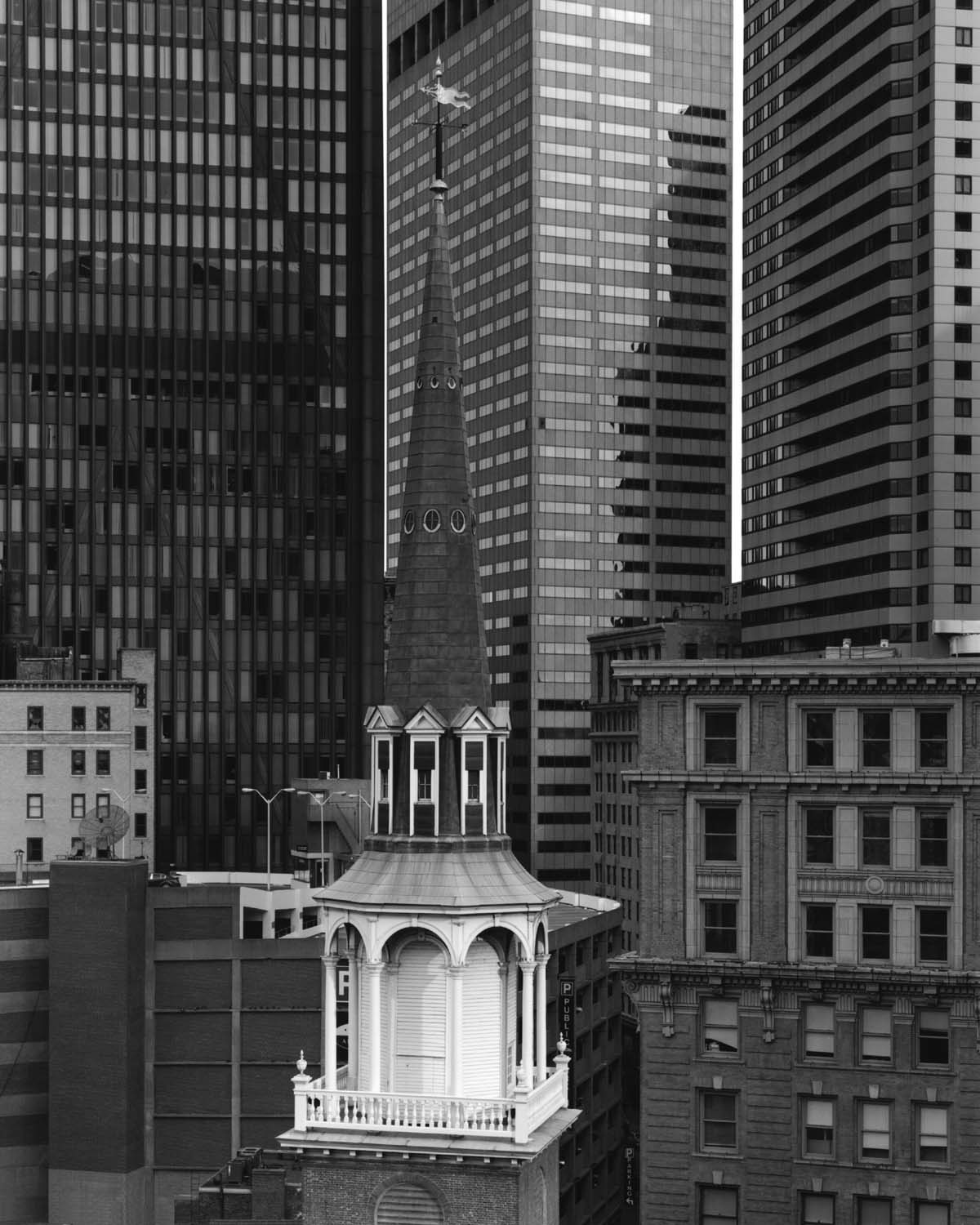 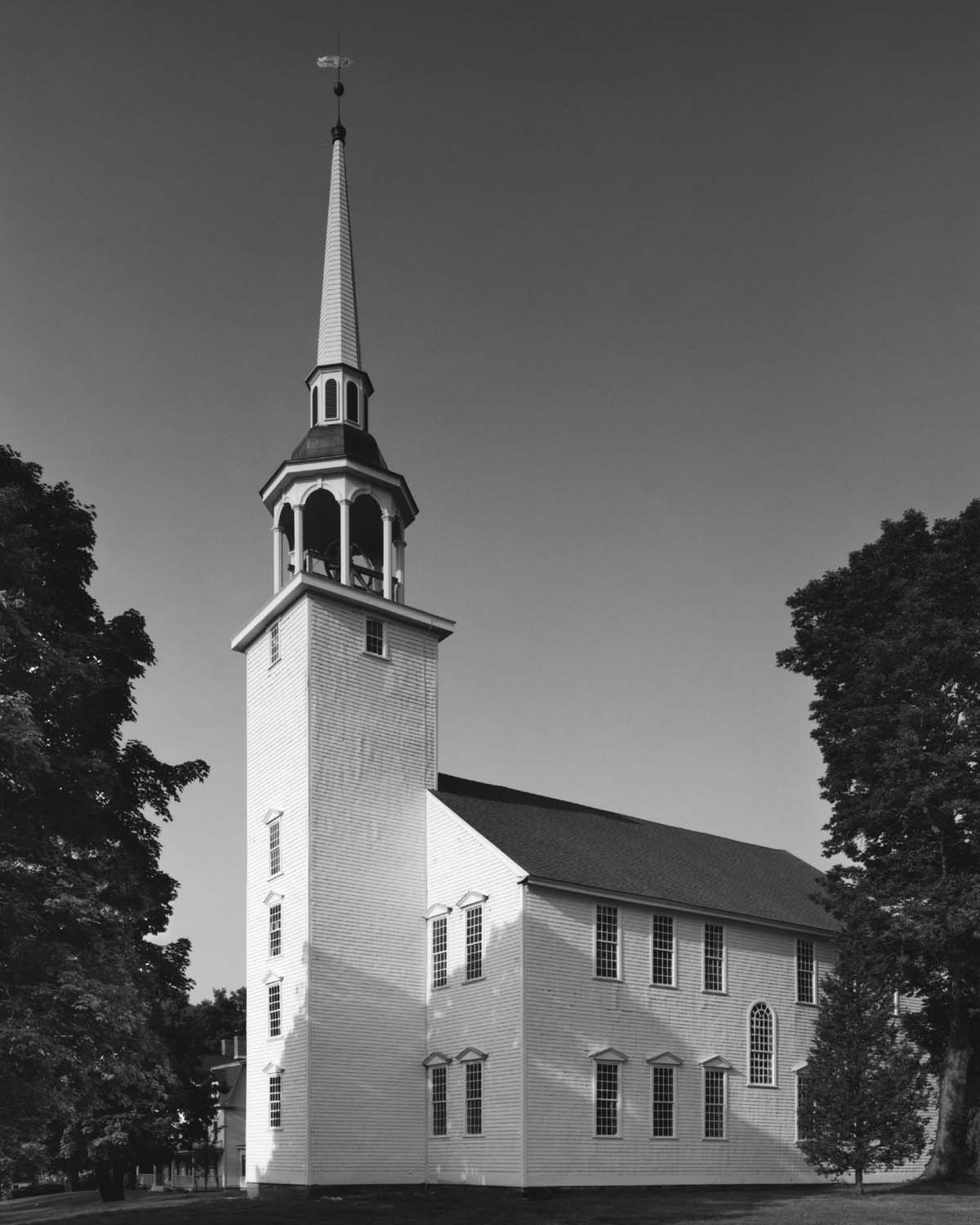 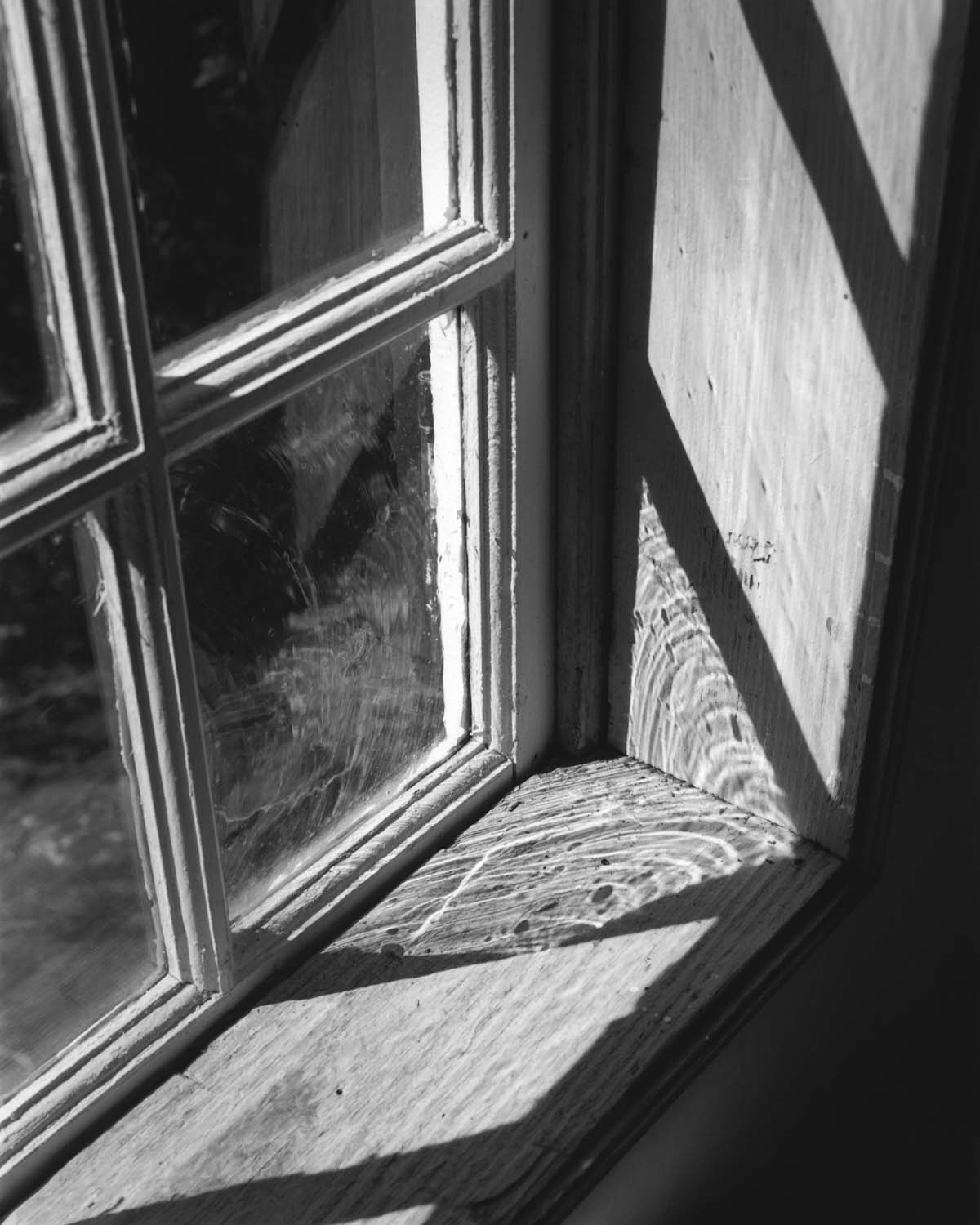 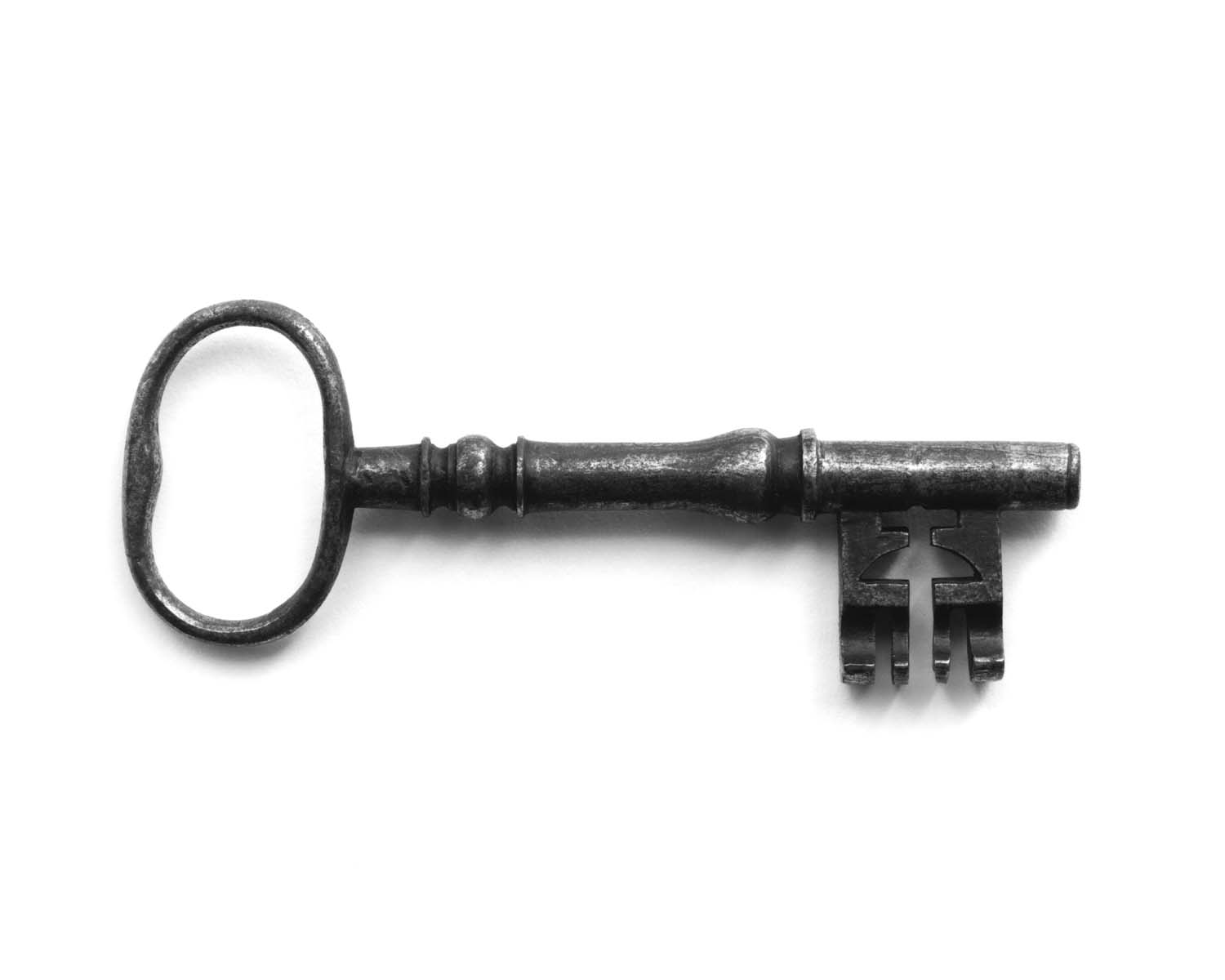 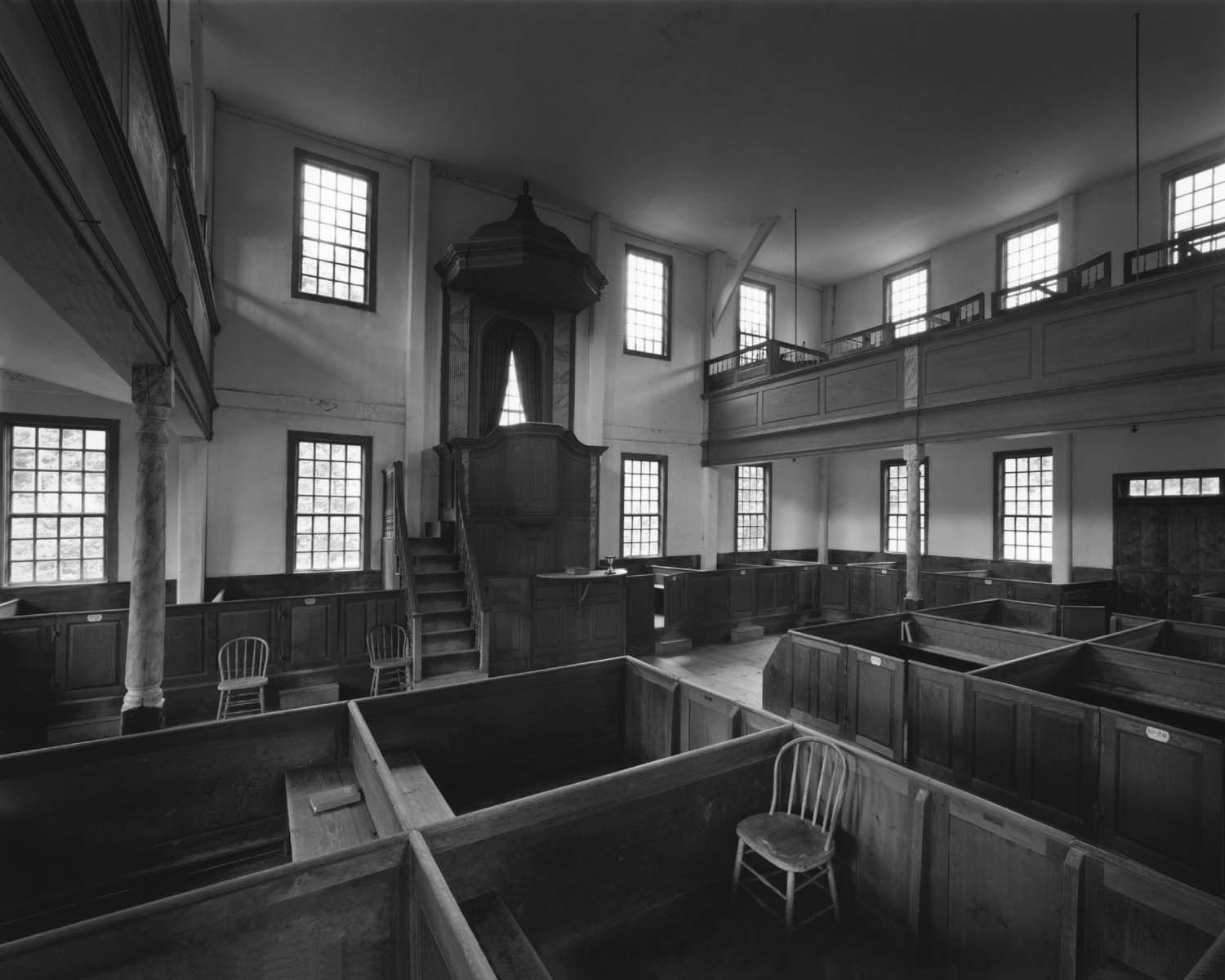 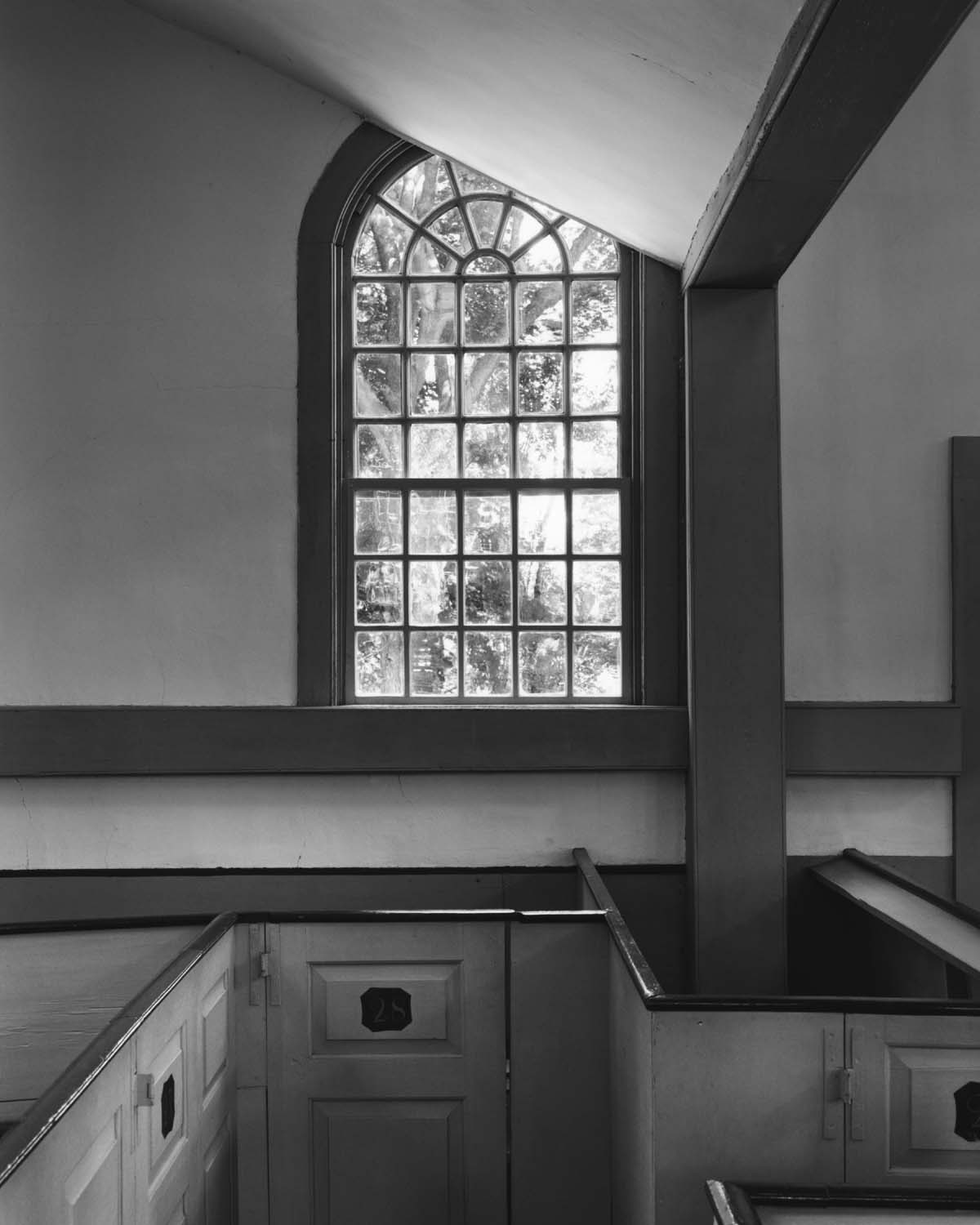