Li (Linda) Bendet was born in Manhattan and raised in the suburb of Larchmont, New York. She grew up around woodlands where she explored the outdoors, developing an eye for the textures and beauty of the natural world.

A geography book on the "Far East" captured her imagination. As she poured over pictures of the magnificent landscapes of China, she knew she would someday go there and in 1988 she did.

She traveled to six cities and took hundreds of pictures, many of which concentrated on architecture and landscape. There she attended museums and art academies through the China Exhibition Agency and met artists and students where she enjoyed a meaningful exchange of ideas and
imagery.

Infused with her non-objective work are the textures and inferences of landscapes. She later
created an aesthetic fusion of her color field work with images she shot in China along with
calligraphy. She has worked in this direction since 1999, using the computer to composite various studies from architectural detail with the human form and her veils of binary code and Chinese characters. 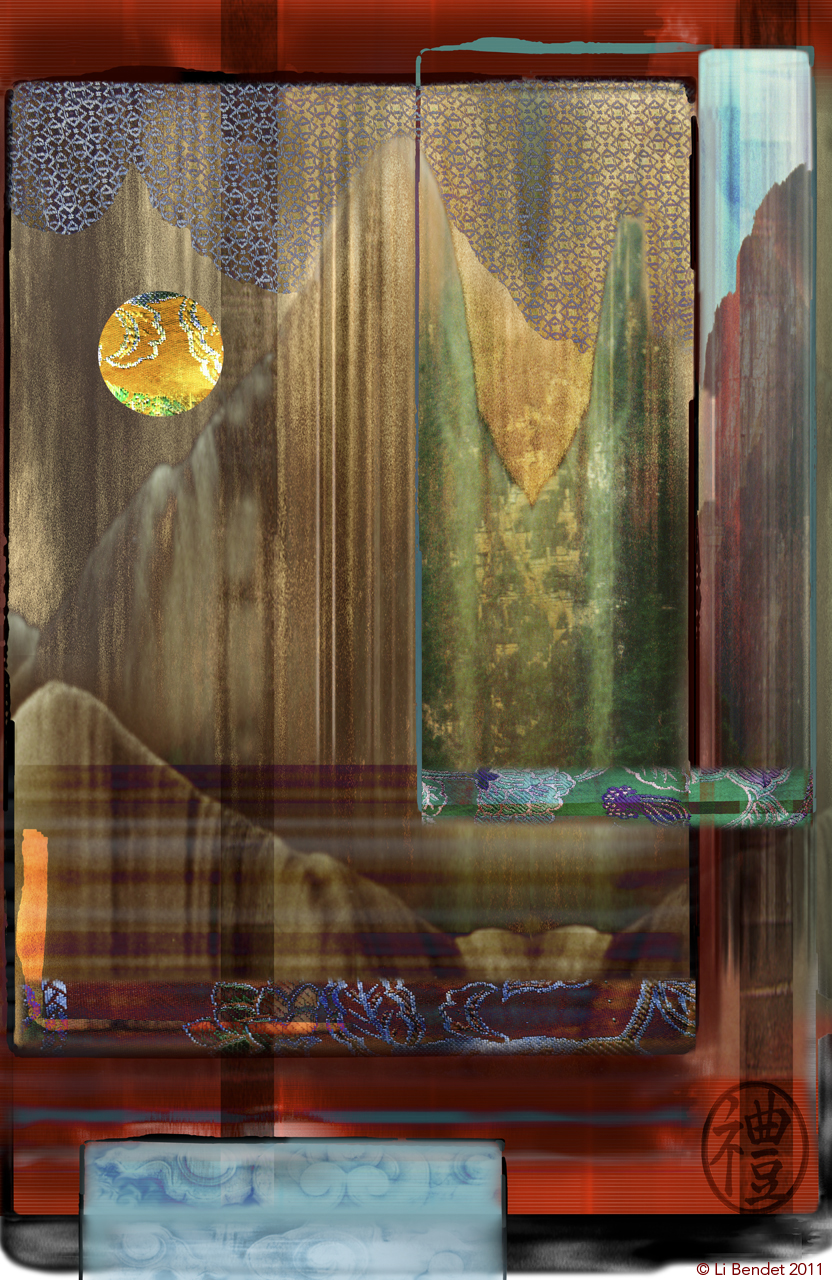 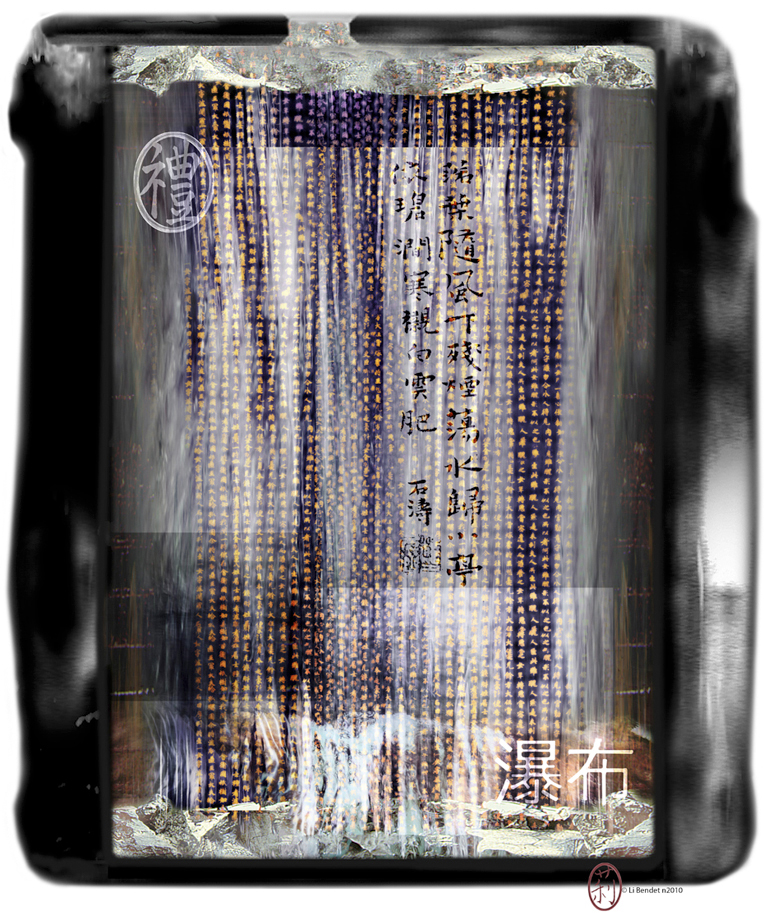 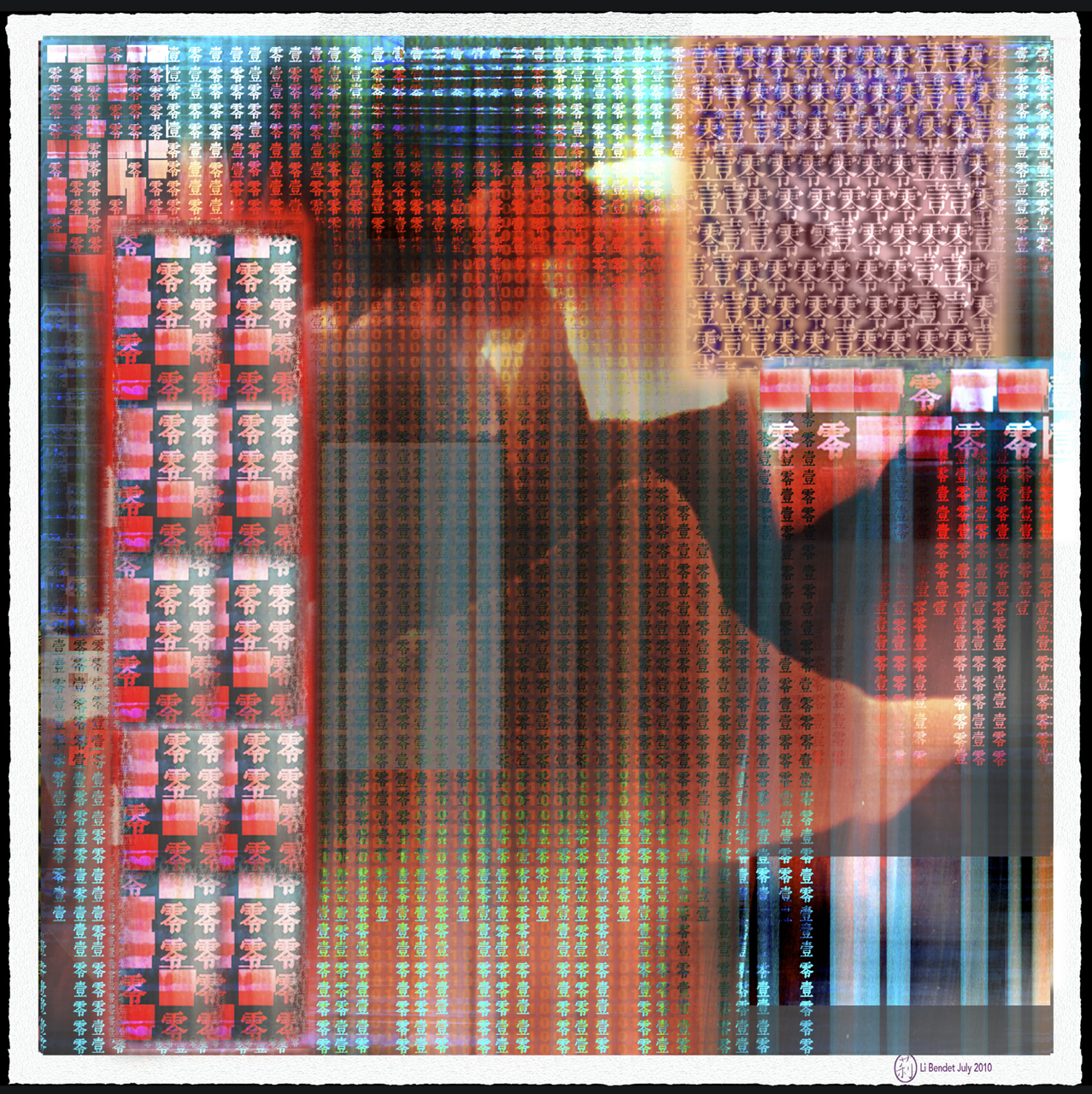 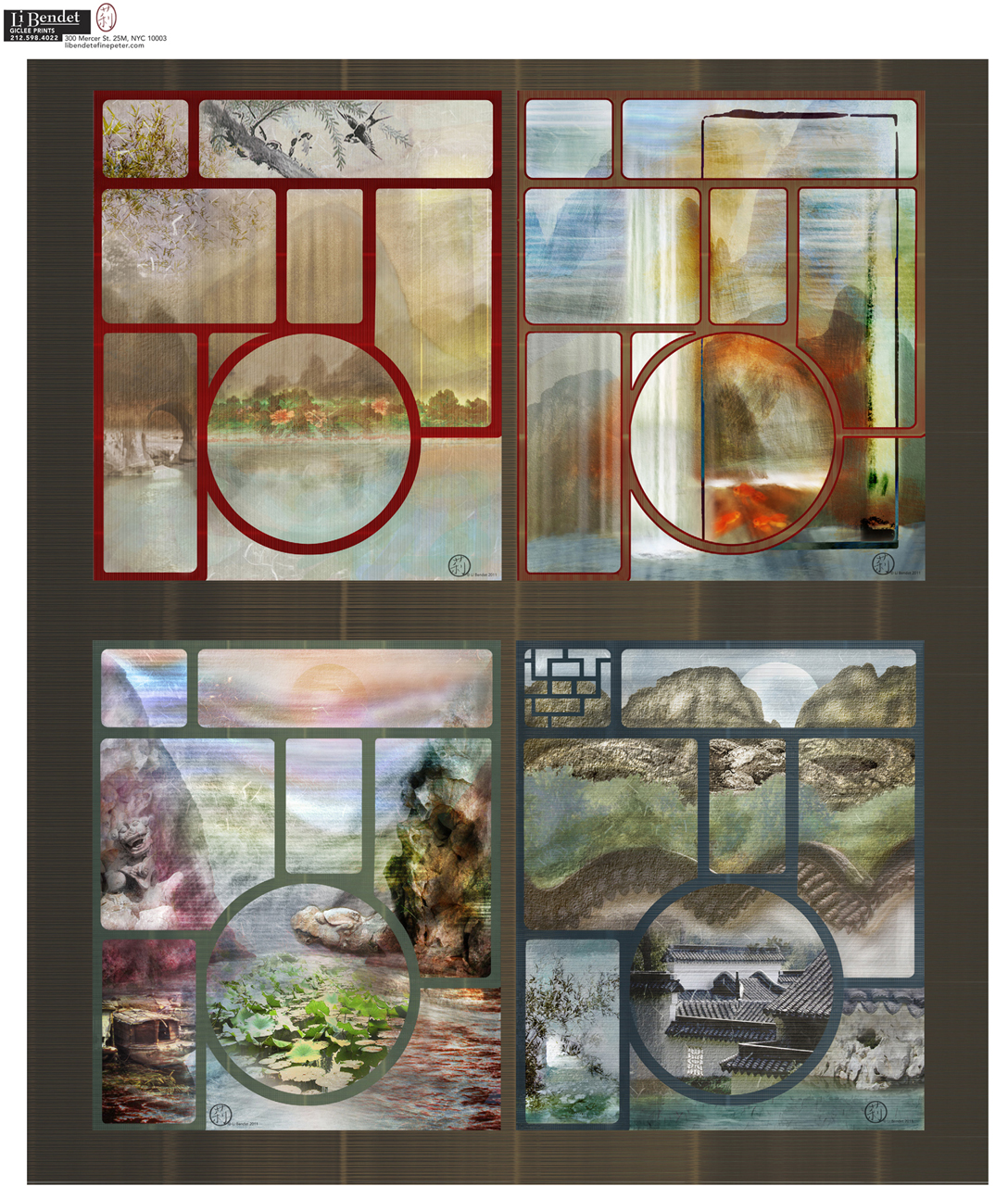 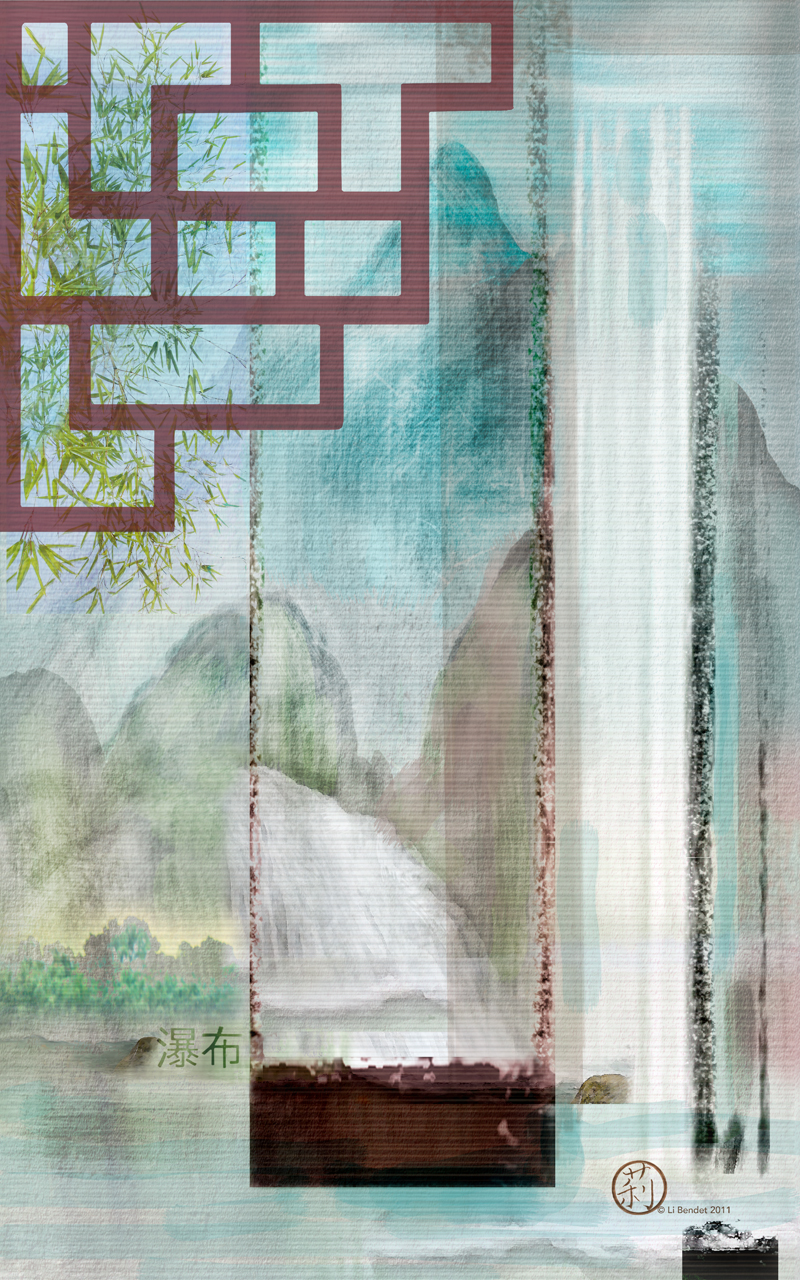 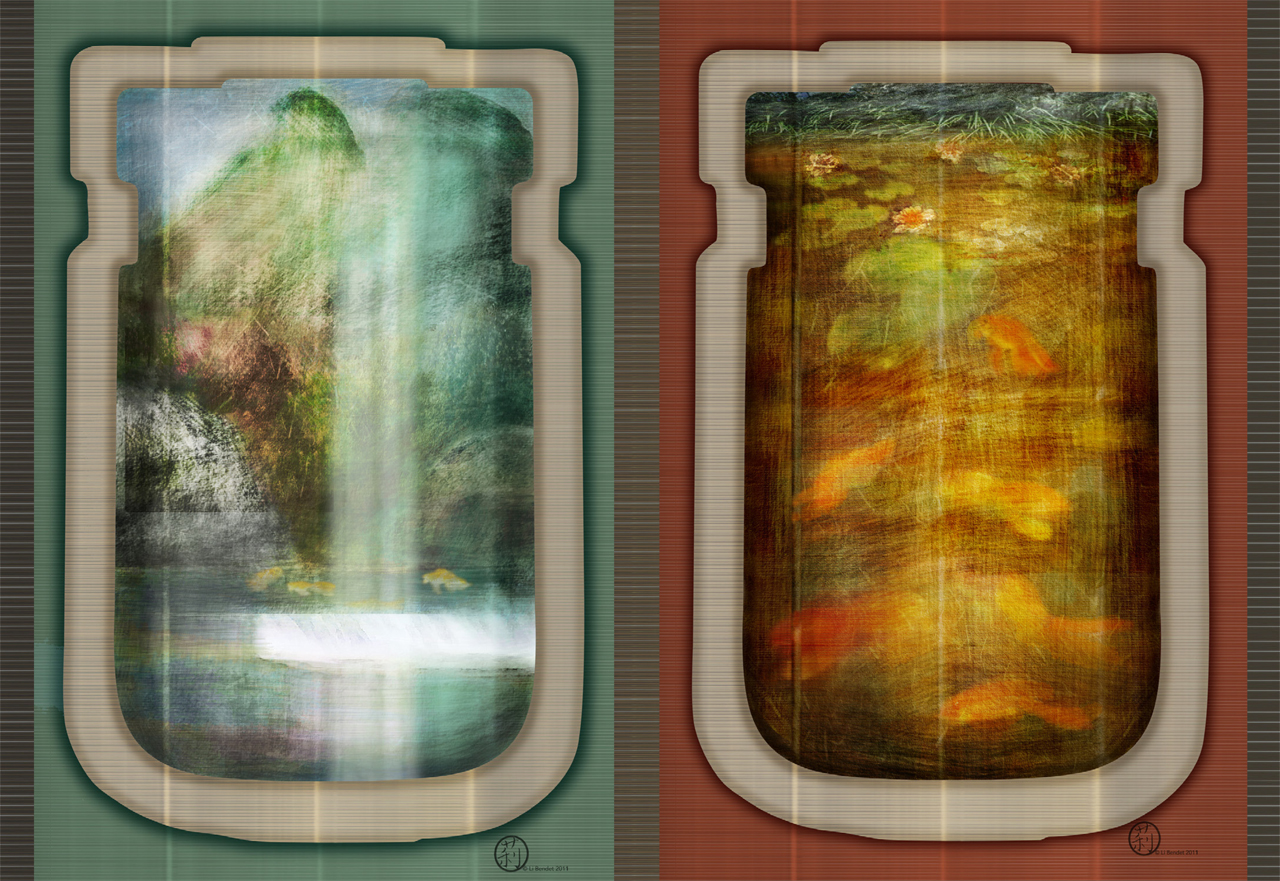 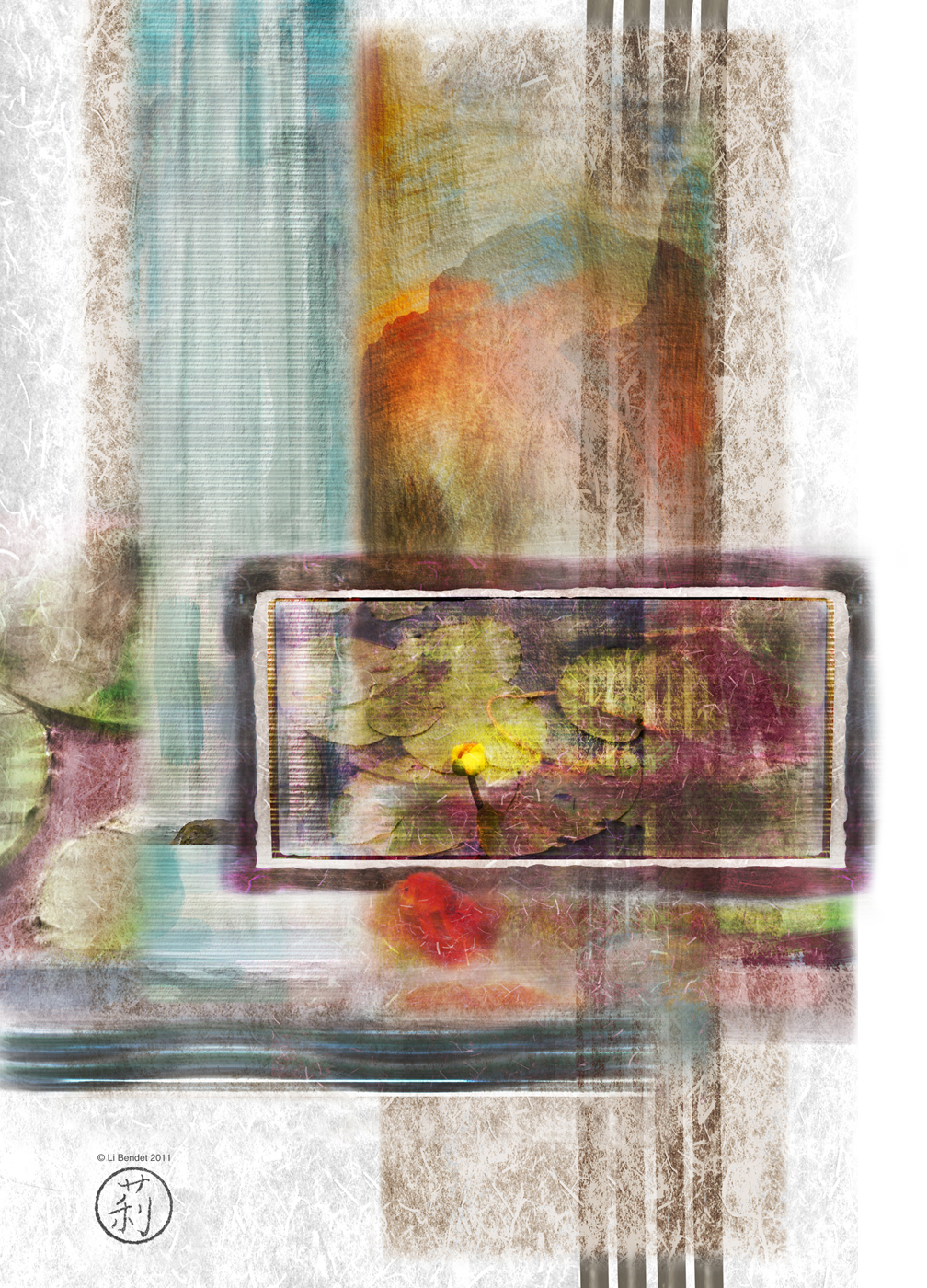