Yulia Hanansen is a second-generation printmaking and mosaic artist and has been involved in art making all her life. She was born in Moscow, lived in Russia, Uzbek Republic, Lithuania, New York City, Ann Arbor, MI, and is currently residing in Baltimore, US. She moved to the United States together with her family in 1991.

Ms. Hanansen holds a BFA from Cooper Union, MA from University of Michigan, and an MFA from Columbia University. She practices her art daily and also teaches mosaics at art studios throughout US and printmaking and drawing at Maryland's Towson University.

Ms. Hanansen’s latest works represent her fascination with cosmos and a connection of human beings to it. She is currently working with the layered glass mosaic technique, where tiles are glued on top of each other. This technique is about the infinity. Like in a brush-stroke painting, there is no end to a number of the brush-strokes that can be applied to the work surface. The progressing series of work titled "Water"is about the water distribution around planet Earth and an environmental impact that the lack of water can have on a human habitat. "Starscapes" series is about the stars, cosmos, and interactions of cosmic proportions. A solo show “Crater Lakes: Imaginary and Real”, done in a layered glass technique, featured images of the lakes created by the impact of asteroids onto Earth’s surface.
Ms. Hanansen’s works have been exhibited in the galleries nationwide: Chicago, San Francisco, New York City, Mesa, Miami, Lake Oswego, Austin TX, just to name a few. Work has been collected by patrons in the USA (AZ, MA, NY, CA, IL, FL, GA, MI, TX, WA, OH, PA, NJ, OR), Russia, Lithuania, Uzbekistan, Israel, Australia, S.Korea, Italy and South Pole. 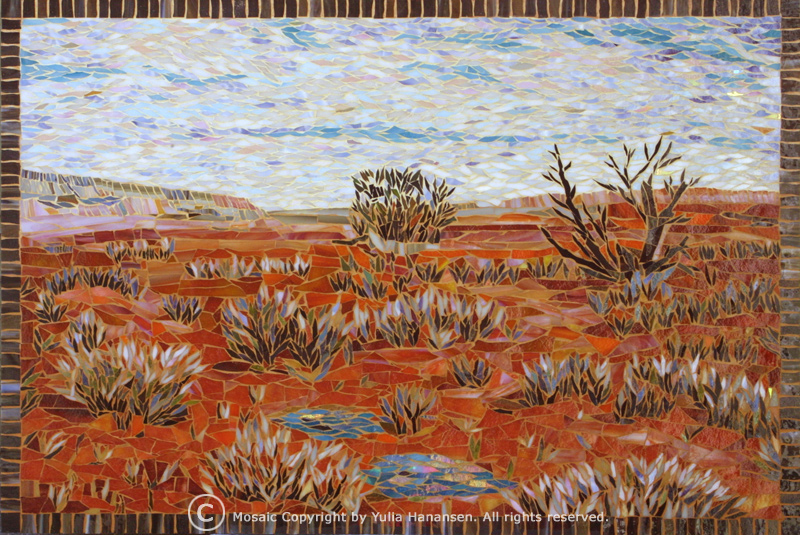 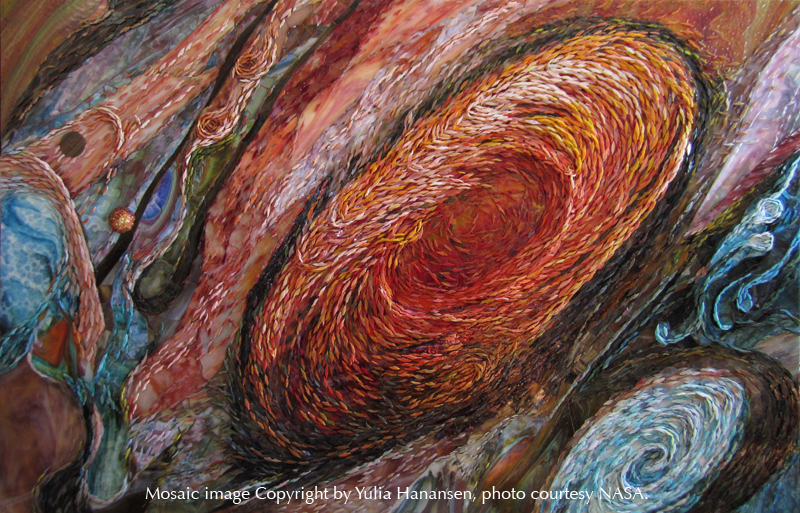 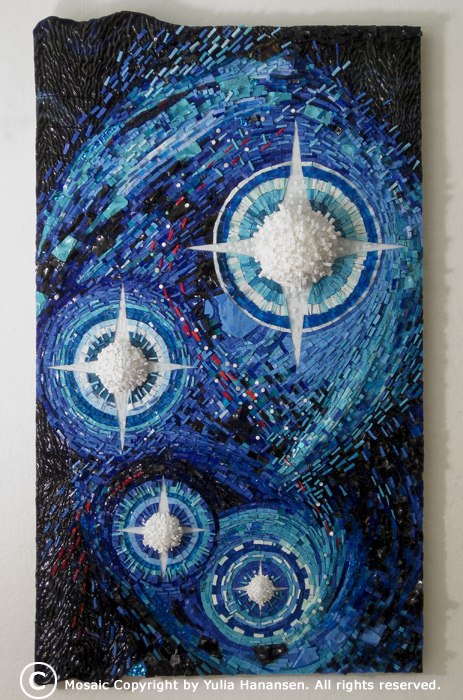 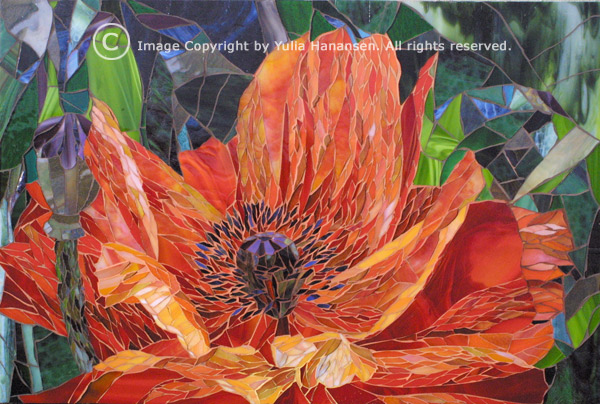 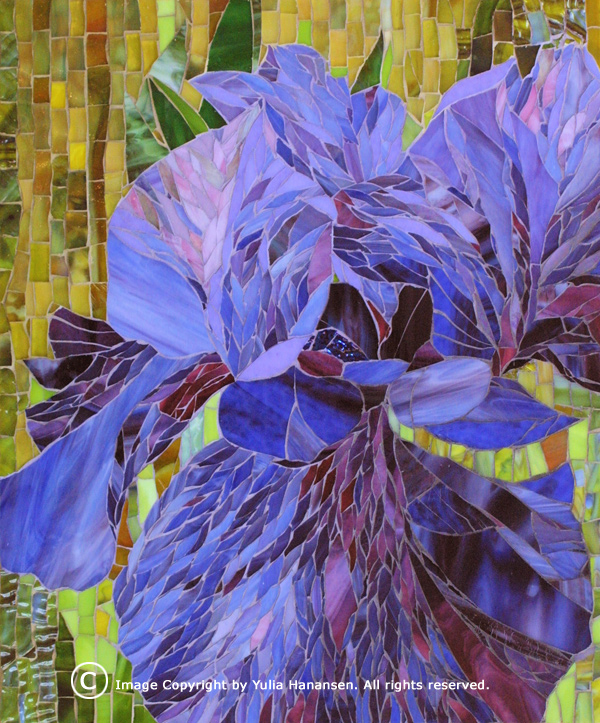